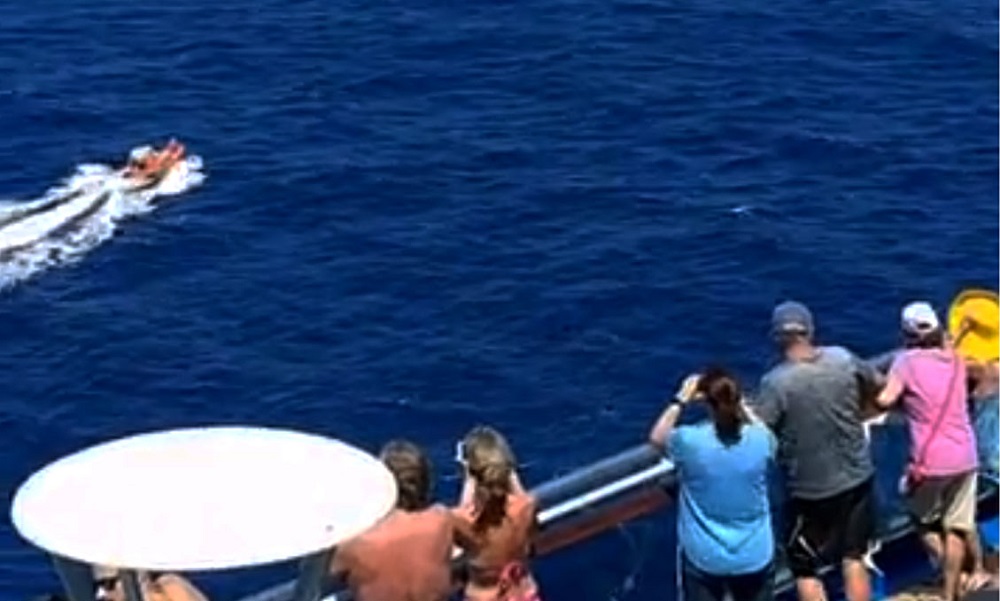 Grand Sand Cay, March 6, 2019 – Turks and Caicos – Turks and Caicos first responders rushed to support a pair of American men, who crashed into waters SE of Grand Turk on Tuesday morning.  As many as three vessels were dispatched explained Home Affairs Minister, Delroy Williams in response to the distress call, radioed in to the airport tower around 10 a.m.

The two reportedly were able to parachute from the plane and hold onto a life raft until help arrived.

The help also included the US Coast Guard; the Minister said their fixed wing located the passengers and was able to summon the assistance of a passing cruise ship – the Regal Princess.

The Regal Princess dispatched rescuers and now the two men are safely on board the cruise liner, en route to St Croix in the US Virgin Islands.

Video captured by passengers has made the evening news in the United States and can also be seen at online news sites like, CruiseHive.com.

The single engine private plane had left St. Maarten when an engine blew out.  In that cell phone video, captured by a passenger, there is no sign of the plane and the men on that life raft appear to be nothing more than a spec.

Turks and Caicos Marine Police, the Department of Disaster Management and Emergencies and private boat operator Oasis Divers were racing toward to the crash site, near Grand Sand Cay; when news came that both people on the aircraft were rescued.