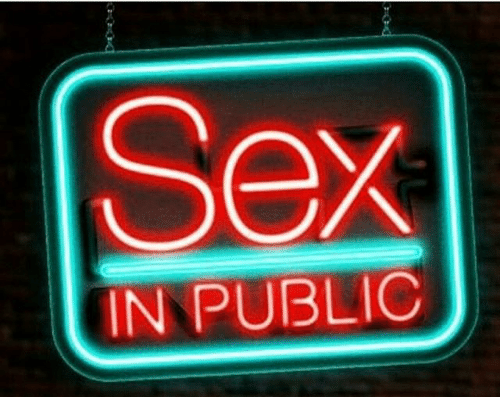 The video captured what seemed to be two adults – a man and a woman – in the act of sexual intercourse. It appeared to be late at night and just outside of the Town Centre Mall in down town Providenciales.

In the video, there is heard ‘a male voice’ warning the couple about parking to engage in public sex. Eventually the man stops, the woman shouts her disbelief that not only were they under the full glare of a flashlight, but they were being filmed.

The video shows that the woman scampered into the vehicle to hide.  The man walks around to the driver’s side, as he agrees to leave the scene but says one word which is likely the reason the Police Force has to look at its own on this one… the man says “officer”.

“An internal investigation has been launched into how the video was released into the public domain.  A second video involving a male is also in circulation and is under investigation, following reports to the Police on Sunday, March 24th,2019.”

Police said this about the video which was circulated since Saturday: “The public is reminded that it is against the law to share and publish obscene videos or postings in any format, under The Obscene Publications Ordinance and upon summary conviction can be liable to a fine of $5,000 or a term of imprisonment of six months, or both such fine and imprisonment.”

But the cat is already out of the bag.

It is said the man in the video is seriously seeking legal advice.