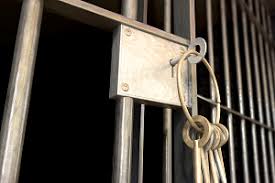 #Providenciales, March 8, 2019 – Turks and Caicos – On two occasions Clifford Gibson Jr has been found guilty of the 2008 stabbing death of 16-year-old Leslie Arellus.  It was a case that shocked Turks and Caicos due to its boldness, brutality and the ages of the victim and his attackers.

All of the males were very young, yet involved in a crime which unfolded in front of throngs of people at the junkanoo parade on the first day of the new year.

Gibson Jr, now 29 years old was initially convicted by a jury of seven, then there was conviction again by a jury of twelve people.  Gibson, who is sentenced to life in prison for the murder, is exercising his right to appeal the conviction and sentence with the help of attorney Mark Fulford.

The problem is no one can find the records of his case and conviction and this has stretched the appeal’s process of Clifford Gibson Jr out to over nine years.  The young man has been waiting to present his case to Court of Appeal since 2013.

For six years the case files have been missing and now, the appellate court has given the Crown until March 22, 2019 to find the missing documents or else…

The else could mean another re-trial and the possibility of bail until that new trial begins or for Clifford Gibson Jr, who has served 11-years at Her Majesty’s Prison for the 2008 killing, it could mean an overturn of the conviction and he could be a free man by the end of the month.