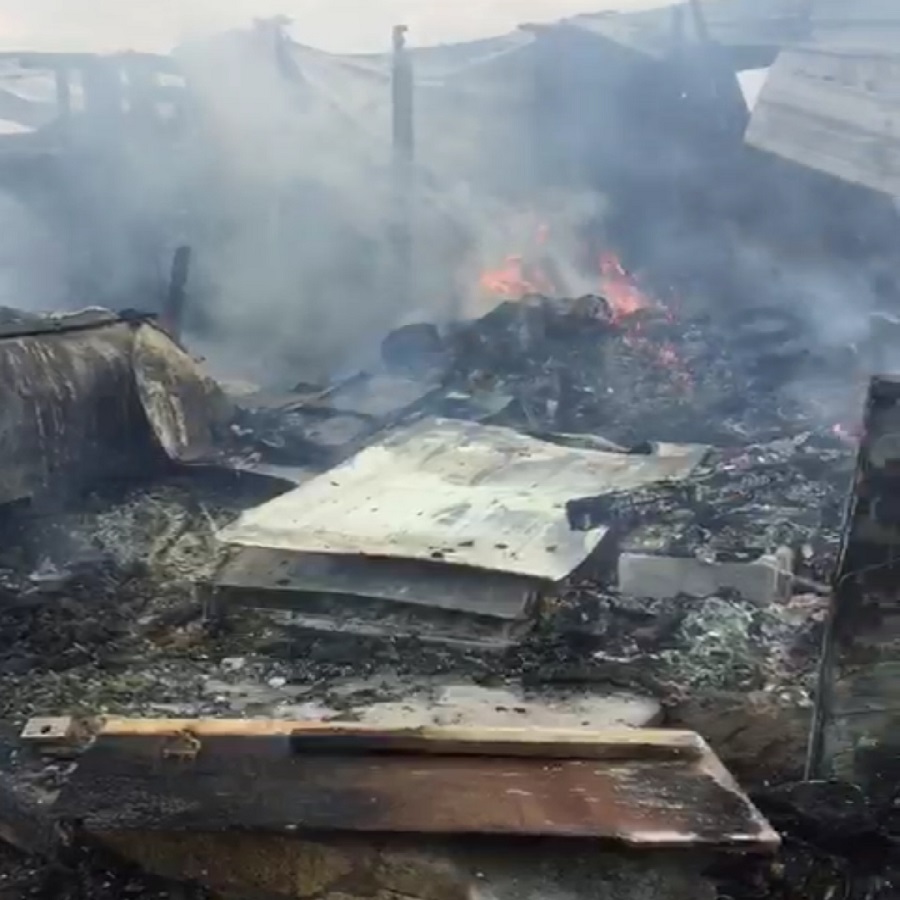 #Providenciales, March 25, 2019 – Turks and Caicos – A fire in Five Cays on Saturday is under investigation and two men had to be taken to hospital for treatment.

It was explained that at least three homes were destroyed.  One house was completely burned and two others caught fire.

The incident was reported around 9:27 a.m. on Saturday and the social media video exposed the charred remnants of the dwellings, likely to have affected a few Haitian families.

There is no official report as yet, and no word on how many people have been displaced by the Saturday fire.