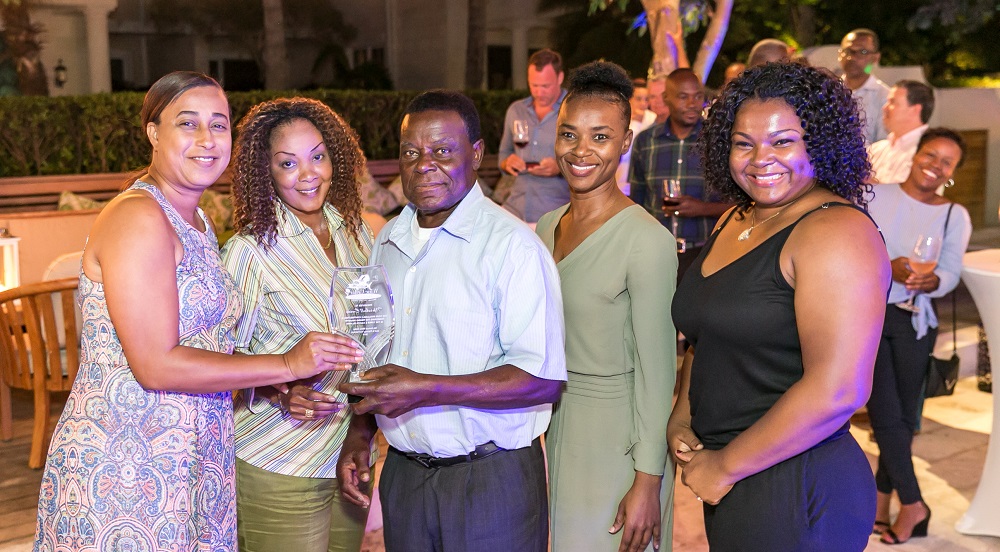 Mr. Marshall Ornold Ewing was born in Port-au-Prince Haiti on October 5, 1948. He is the half son of the Hon. Hilly Ewing.  Marshall came to the Turks & Caicos Islands as a boy when he was five (5) years old. He quickly adapted to the English Language. He was a very ambitious boy. He loved the sea and living on the ocean front made it possible for him to explore his dreams of one day to become a sailor.

In those days, fishing was the main industry and survival for everyone.  Marshall captured the art of fishing and became one of the islands’ best fisherman.  He became famous in that industry and could not be beaten by anyone within that industry.  His main thing was diving lobster, whether it was by bully-ring, toss, hook or by any other means of catching lobster; no-one could surpass his numbers.  The fishing plant knew that if no-one else got a catch that day, they could keep the lamps burning for Marshall because it was a sure catch.

He was like a lone ranger. He loved fishing alone.  He would leave home very early in the morning, and come back very late in the evening putting in a full day’s work. He knew how to chart the banks of the Turks & Caicos. He could travel from one island to another in the darkest night and knew where he was going.

With limited education at his disposal, he learned numbers.  He could count and calculate better than any banker, and he needed to because he was the one bringing in the cash on the weekend.  His income surpassed all his peers in the industry.

Marshall was married to the beautiful Elveria Capron, together they had nine children, 3 boys, Arnold, Randy and Ricky, and 6 girls, Kimberly, Debra, Yucinda, Marsha, Natasha and Tracey, all of whom are very educated and talented.  He has 23 grandchildren and 5 great grandchildren.

Marshall is a very jovial and humorous person who likes to joke around. His favourite pass time is playing dominoes with family and friends.

Marshall is very deserving of being a “Fishing Pioneer Recipient”.

After a long career in the Thai Army JP moved from the Cayman Islands to the Turks & Caicos in 1990.

In 1992 JP returned to the game of golf seriously by joining the newly established Provo Golf Club and quickly became one of the best golfers on island. After a few years of developing an amazing short game as well as becoming a long striker off the tee JP started to win a number of events in great fashion. Soon thereafter JP took “total control” of the major events at Provo Golf Club with many victories.

JP supported all of the golf events including the many charity fundraisers and always had time to play with and help all levels of golfers as well as the junior programs.  JP also played in many International Caribbean Golf Championships representing The Turks & Caicos and the TCIGA in fine fashion.