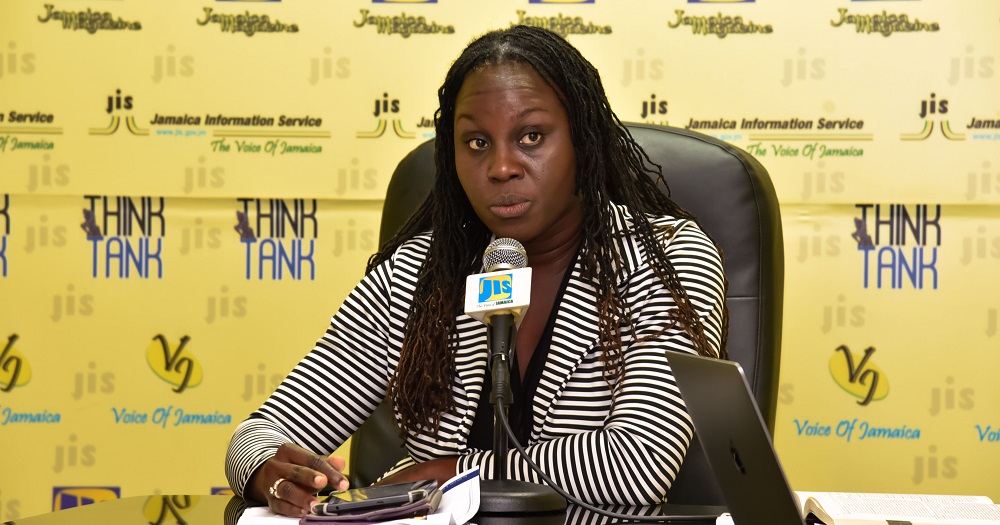 This is one of the findings coming out of a CARPIN study that focused on the use of chemicals within the home and how behaviour, knowledge, and storage pattern will determine how children 0-5 years are poisoned in Jamaica.  It was conducted in the parishes of St. Thomas, Kingston, St. Catherine and Westmoreland.

Speaking at a recent JIS Think Tank, CARPIN Poison Information Coordinator,  Sherika Whitelocke-Ballingsingh, said that the survey, funded by the University of Technology (UTech), was done out of concerns by the entity about poisoning in the country.

“Poisoning is an issue that is not at the forefront and every single day someone is poisoned by something and persons may be exposed to poisonous substances without even knowing,” she noted.

She said that although there have been numerous public-education messages over the years imploring parents not to store chemicals in containers that look like food or drink products, the problem has persisted.

Mrs. Whitelocke-Ballingsingh told JIS News that the study looked at how the environment, a person’s knowledge and belief influence their behaviour.  She said it was found that persons living in one-room homes were challenged in terms of where to store chemicals because of space constraints when compared to those living in multi-room homes.

“So, although they are knowledgeable about poisoning, you’d hear persons say that they have no other place to store the chemical, even though they know that it is dangerous,” she pointed out.

“They would say that the most that they could do is to put it in a corner and hope that the children don’t see it,” she noted further.

Mrs. Whitelocke-Ballingsingh said the study also found that what is considered safe was based on perception and environment.

“We saw where some persons defined safety in their way according to the environment they were in. So persons in the upper classes had properly locked storage areas or a designated area that the ordinary child would not have seen,” she pointed out.

She noted, however, that for the low-income households, the perception of safe areas was different.

“One person had a suitcase and for them that was the safest area in which to store chemicals. There were others who stored theirs at the back of the house and their reasoning was that the children would not go around that side to play,” she pointed out.

She said there was also the perception among persons in poor households that “if they tell the child that it is not safe or that they will be severely punished, they would not touch (the chemical).  The perception was that the child knew the consequences, so it was okay.”

Mrs. Whitelocke-Ballingsingh said it is interesting to note that some of the same persons whose children are more prone to poisoning work in upper-income households and are more likely to protect the children of their employers from being poisoned.

“So it is not an issue of lack of knowledge,” she pointed out.

She noted further that 90 per cent of the homes purchase chemicals that have been decanted into other containers.

“We tend to think that it’s a certain class of persons that purchase chemicals in incorrect containers, but you find that even persons from the upper classes purchase retail chemicals.  These are the chemicals in gallon bottles that look like water bottles such as bleach, disinfectants and sanitisers,” she said.