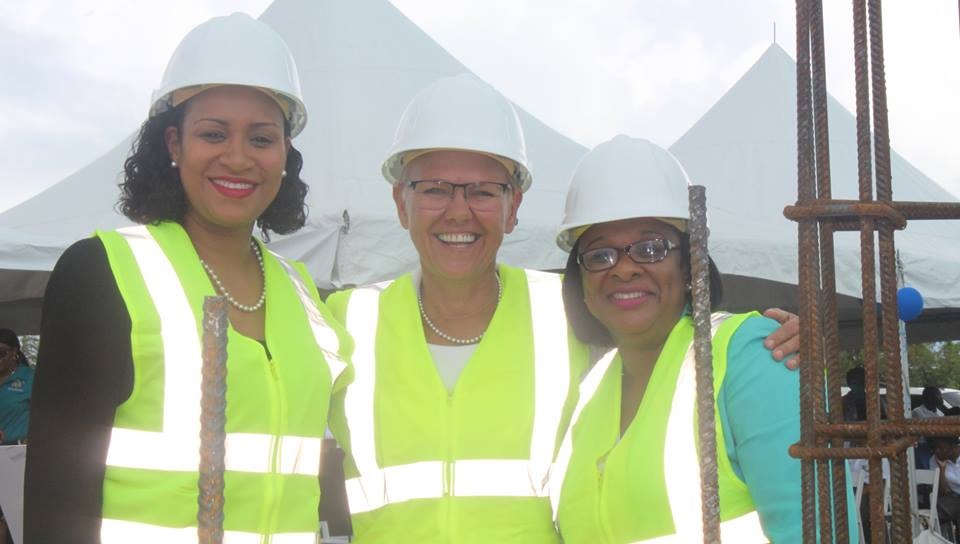 A $5 million project for 500 children being constructed by JaMalCo is another partnership between the EU and TCIG.

It was a festive occasion with welcome by Permanent Secretary at MoEYCLS, Wesley Clerveaux and specifics of the project described by Deputy Director of Public Works, Gavin Thomas… sweetly, there was entertainment by Long Bay High School’s Steel drum band and Enid Capron Primary school’s Rip Saw band.

The event was moderated by Education Director, Edgar Howell with Vote of Thanks by Dariah Thomas, Education Officer.