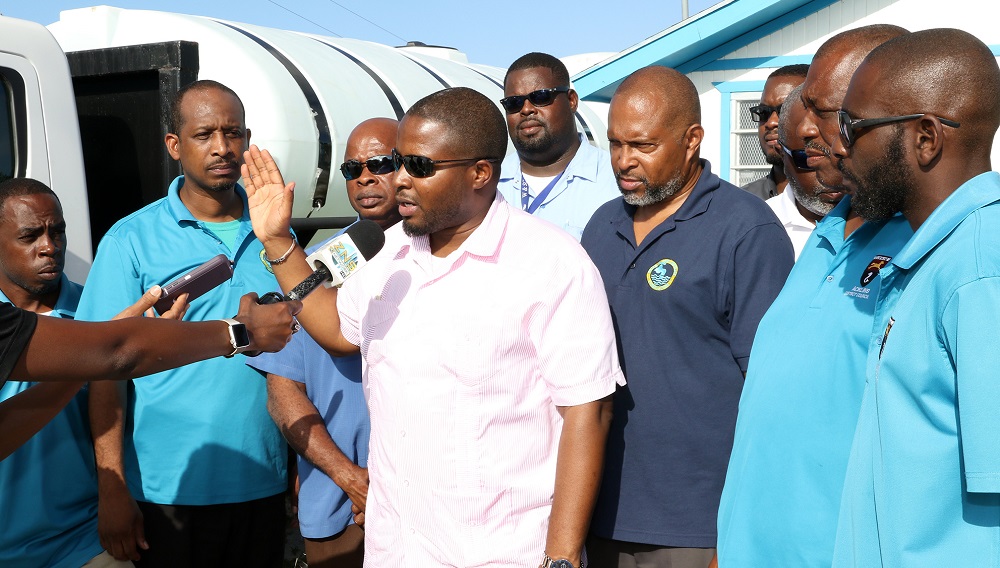 #Acklins Island, March 4, 2019 – Bahamas – Improved water quality, the installation of generators and a new reverse osmosis (RO) plant are among the new initiatives the Water and Sewerage Corporation (WSC) has planned for the island of Acklins.

Adrian Gibson, Chairman, WSC and MP for Long Island said the corporation is advancing Acklins into the 21st century environment where the water is clean, fresh and RO produced.

Acklins residents are not currently charged a fee for water, but Mr. Gibson noted that as the Corporation transitions into a more “efficient” system the possibility exists that customers will be required to pay for the service.

“We’re conducting a lot of remedial work in respect to the water quality. We’re also installing a new reverse osmosis plant at Lovely Bay. That plant will be able to supply a community that has had issues with salinity and colored water for some time,” said Mr. Gibson.

“We’re also putting in place generators. One of the complaints we’ve had is that once the power goes off water stops flowing. So we’re going to put generators at each of these plants.

The Chairman made a stopover visit to Acklins Thursday, February 28, 2019 on the final leg of a three-island (Ragged Island/Crooked Island/Acklins) visit.

He was joined by executives of the WSC including Elwood Donaldson, General Manger; Cyprian Gibson, Assistant General Manager and Thomas Desmangles, Distribution Operations Manager. The team also made stops in Crooked and Ragged islands.

In the event of a hurricane or other natural disaster, the Corporation has improved the storage capacity of water in Acklins. Mr. Gibson said with eight 5,000-gallon tanks, the island now has 40,000 gallons that could possibly last for 1-2 weeks.

Marvin Campbell, Deputy Chief Councilor, is thankful for the improvements to the water supply in Acklins.

“A lot of residents are building new homes at this time and it would bring a relief for persons who depend on wells. We appreciate it for the good people of Acklins,” he said.