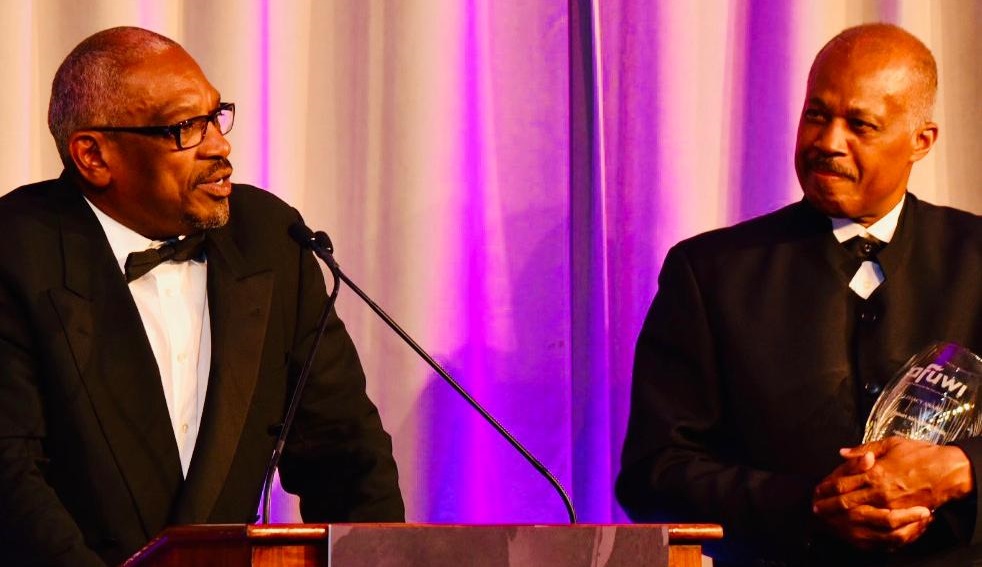 New York, March 1, 2019 – USA – Prime Minister the Most Hon. Dr. Hubert Minnis was honoured on Wednesday, February 27, 2019 by the American Foundation for The University of the West Indies (AFUWI) for exemplary professional achievements.

The award honours graduates of The University of the West Indies who have excelled in their chosen fields and made significant national, regional or international impact.

The Prime Minister obtained his MBBs degree in Medicine from The UWI in 1980 and in 1985 completed specialized studies in Jamaica in obstetrics and gynaecology.

Prime Minister Minnis was one of two Heads of Government honourees to be presented with the Legacy Award at the 22nd Annual Legacy Awards Gala held at The Pierre Hotel.

The Hon. Sharlene Cartwright-Robinson, Premier of the Turks and Caicos Islands was also a recipient of the Legacy Award.

In accepting the award, Prime Minister Minnis said the honour has inspired him to continue his administration’s fight against poverty with a renewed energy.

“It is essential to use all of the energy and resources that we have to eradicate poverty, so that each and every person in the Caribbean territory will have the same opportunities to attain the same level of achievement that I have achieved,” he said.

Prime Minister Minnis thanked UWI, the entire Caribbean community and The Bahamas for the special honour.

The Prime Minister also paid special tribute to his late mother “who is responsible for me obtaining this position today.”

The AFUWI, a registered US Charity, annually hosts the Legacy Awards and other events in New York to raise funds for scholarships to The UWI.