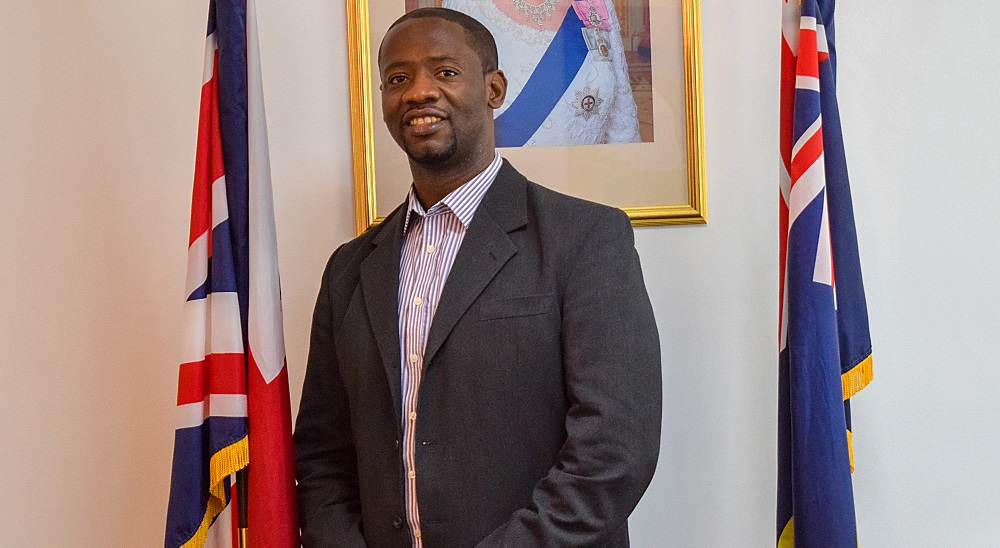 #Providenciales, February 26, 2019 – Turks and Caicos –The Turks and Caicos Islands civil service is pleased to congratulate Mr. Damian Wilson on his appointment to the post of Policy/Media and Civil Society Liaison Manager in the Office of the Governor.

Damian was born and raised on the island of Grand Turk and after spending a few years with then Turks & Caicos Utilities Ltd. (TCU), now Fortis TCI, as a lineman Apprentice/Mechanical Assistant, he gained an Associates Degree in Electrical/Electronic Engineering from the TCI Community College in 2006 and began his journey in communications with Radio Turks & Caicos (RTC) as a Radio Announcer/Presenter; simultaneously assuming the role of Sale Representative.

Damian went on to study in the United Kingdom, where he graduated with a Bachelor’s Degree (Hons) in Communications, Media & Journalism from the University of Buckingham and returning to the TCI took up employment with Digicel TCI as a Marketing Communications Executive, with responsibility for advertising and collateral development, digital asset management (including online marketing, social media and website management and assisting with coordinating stakeholder communications. Damian joined the Governor’s Office team in 2017 as the Media & Civil Society Liaison Officer, where he managed various aspects of the Governor’s Office communications and public relations, including media communications, public engagements, digital asset management, etc.

Commenting on his new appointment Mr. Wilson said; “I have always had a love for communications and connecting with people and am humbled and thrilled to be assuming this new role in my career as a member of the TCI Civil Service, one of the most hard working public sectors I know. This opportunity will allow me to serve the people of the TCI to an even greater extent. I believe that my time in the Governor’s Office has been a great experience, one where I have contributed significantly to my role as Media & Civil Society Liaison, but where I have also learned considerably. I am honoured and privileged to be taking on this new role and I commit to bringing even greater dedication, intensity, focus to this role as I did the last. I look forward to what the future holds.”

Commenting on the appointment Deputy Governor and Head of the Public Service Anya Williams said; “Congratulations is extended to Mr. Wilson on his recent appointment to the post of Policy/Media and Civil Society Liaison Manager within the Office of the Governor. It has been a pleasure having Damian as a part of the team in that office over the last two years. He is a perfectionist and takes great pride and responsibility in his work, making him a hardworking and trustworthy civil servant.”

In his new role Damian will maintain responsibility for media and civil society engagements, but in terms of Policy, will also be responsible for responding at short notice to numerous enquiries from the Foreign and Commonwealth Office (FCO) and other UK government departments on a broad range of issues, including: TCI’s educational and environmental responsibilities and will support the work of the Governor’s Office on disaster management and other regional and international issues affecting the Turks and Caicos Islands.”