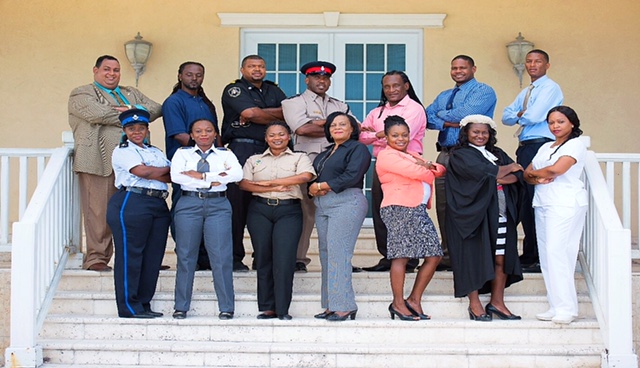 #Providenciales, February 13, 2019 – Turks and Caicos – The Turks and Caicos Government is pleased to advise that following the suspension of increments since 2010, public servants in the Turks and Caicos Islands upon the successful completion of their 2018/2019 appraisals will receive their first increment under the new Pay and Grading system which was implemented in 2014.

Deputy Governor and Head of the Public Service commenting said; “The freezing of increments was simultaneously implemented with the 10% salary reduction in May 2010 as a part of several austerity measures aimed at reducing the unsustainable cost of the civil service at that time. Since 2010 we have worked to carefully manage our public service costs ensuring that our ratios are less than 40% of revenue income each year, whilst still being able to implement a new pay and grading system and to increase our staff complement each year since that time.

We are grateful to our staff for the work that they do and believe that they should be appropriately compensated based on performance. As such we are thrilled to announce the reinstatement of increments under the new Performance Management Program and will continue to work to improve the well-being of staff across government through various review and reform programs aimed at enhancing the delivery and well-being of the Turks and Caicos Islands civil service.”

The Honourable Premier and Minister of Finance in commenting said; “It has been nearly 10 years since increments for public servants were frozen and whilst many understood the position as it was then, there was an expectancy then that this decision would be reversed once our financial position improved. On being elected, we committed ourselves to improving the working conditions for the public service only to have a pause as it were following the Storms which came 9 months after coming to Office. Since the storms, we continue to manage the public purse with fiscal prudence and are pleased to be at this place.

“Today, our economy remains strong, and we are pleased that even in this rebuilding period, we are able to finance this benefit for the many hard – working, well deserving public servants. We are grateful for those who continue to work hard and with excellence for they have made it possible for my Government to achieve what we have to date. This is a conscious decision taken by my Government to incentivise those of you who continue to perform well and to deliver same in the face of competing priorities. We value you and we trust this again demonstrates this.

“Whilst we seek to improve working conditions through this financial incentive, we are pleased to also announce that we have in this upcoming Budget set aside a significant sum of monies to temporarily relocate offices while critical government building repairs are moving forward under our Capital Program for 2018/19. We anticipate greater efficiency and productivity as we provide financial incentives, new and improved working environments, manpower and other resources.”