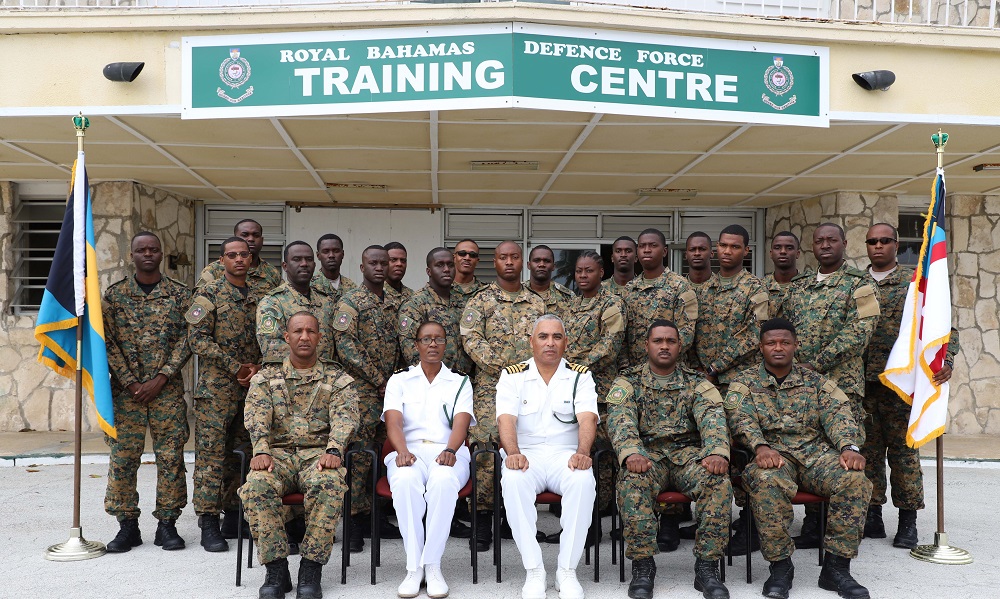 The rigorous program was in keeping with the Commander Defence Force’s intent to transform members of the RBDF into a professional body of leaders, who set the standard of excellence in guarding our heritage.

The course offered participants additional non-lethal combative options to gain control of combative situations while carrying out their regular duties. These newly acquired maneuvers and systems not only assist in developing marines physically, but also mentally as they learn new skills and techniques.

The CRCS training is comprised of 5 levels which include: tan, grey, green, brown and black. During the graduation ceremony, 10 Marines completed their grey belts and 2 others were awarded tan belts. The training mixes boxing, grappling, armed and unarmed fight training.

Captain Coral Harbour (Acting) Captain Adrian Chriswell, in his remarks, congratulated the graduates and assured them that continual support will always be given by the organization for training which would better equip marines.

Commander Frederick Brown, the Commanding Officer of MPFP commended Chief Petty Officer Carlos Sturrup, the Department’s Training Supervisor, and his team for hosting the course, and congratulated the participants on successfully completing their intensive  training as defenders of our country’s heritage.