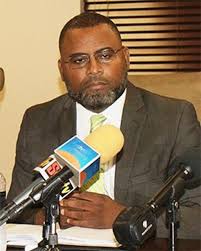 #Providenciales, February 26, 2019 – Turks and Caicos – LOpen your eyes Turks and Caicos and Do your job, United Kingdom were two strong messages coming from a statement today by former Border Control minister, Donhue Gardiner.

Gardiner said he has had a chance to review the Foreign Affairs Committee report released last week, and offered that the UK has more important obligations with which it should be concerned as it relates to the TCI.

“Chief among these instances of neglect are the UK’s failure to prepare these islands for self determination and its failure to shoulder its international responsibilities as it relates to internal security of these islands.”

Gardiner had recommendations of his own, while objecting to enlarging of the franchise by allowing UK citizens to vote and offer in Turks and Caicos general elections.

“…it would be better use of their time and resources to focus on those international obligations, rather than seeking to enlarge the franchise which will ultimately cause destabilization of our current structures, designed to secure the inalienable rights of Turks and Caicos Islanders.”

Turks and Caicos islanders received yet another summons to stand.

“As a people, we must engage and approach this impending crisis with our eyes open; ready to express a settled will on independence, should the Government of the UK proceed as the FAC Report recommends.”

Mr. Gardiner, an attorney by profession, is calling for islanders to ready themselves for a referendum on independence led by a bi-partisan committee.