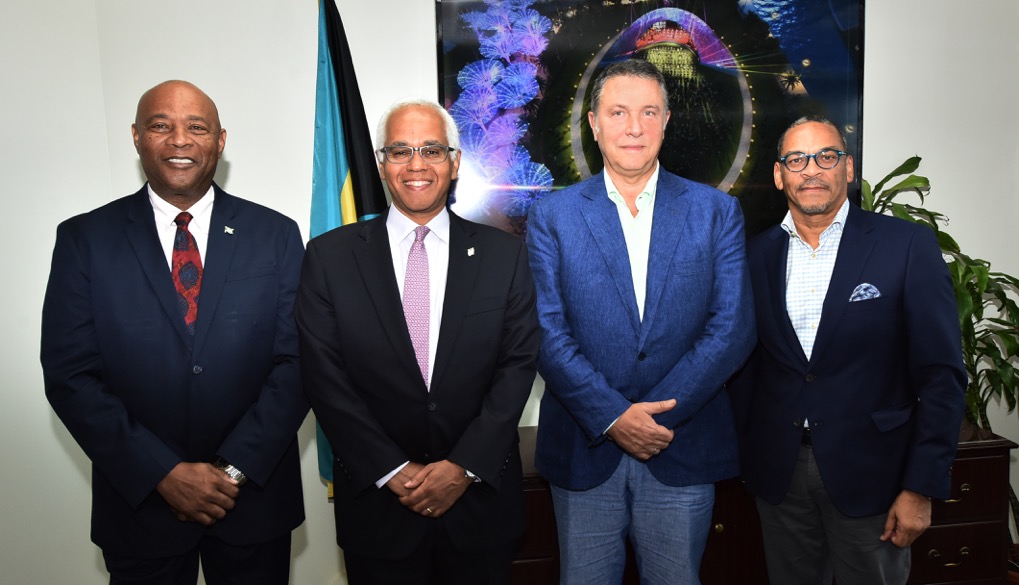 #Nassau, February 25, 2019 – Bahamas – Global Ports Holding (GPH), a leading international player in the cruise tourism industry and the world’s largest independent cruise port operator, is pleased to announce that it has been selected as the winning bidder for the redevelopment and operation of Prince George Wharf, the main cruise port in Nassau, Bahamas.

“This project marks the beginning of a new Bahamian success story,” said Mehmet Kutman, Chairman of Global Ports Holding. “The Government of the Bahamas is opening doors to create the kinds of opportunities that will make life better for all Bahamians. As the successful bidder for the cruise port project, we are extremely pleased and honored to have been selected as the Government’s partners in this transformational process.”

Mr. Kutman continued, “For us, this project isn’t just about developing a clean, efficient, modern port – it’s about doing what’s right by the Bahamian people. Global Ports Holding would never have become the world’s leading independent cruise port operator if we didn’t fully commit our talent, time, and resources to the people who live and work in the places we serve. In many of those countries, the struggles of the people are the same. They all want to live better. They all want financial security. They all want their children’s futures to be bright and secure. Bahamians want the same things. By working together through this transformative project, we can create the kind of positive change that Bahamians want to see and feel. It’s up to us to make it happen.”

“We have a shared mission – to turn the port and downtown Nassau into a popular, world-class waterfront destination for visitors and Bahamians to enjoy,” he added. “We know that the cruise industry is flourishing. Bahamians must be a part of it – not just sitting on the sidelines watching others benefit. We want every Bahamian who is willing and able to participate in this process to get involved. This will be a critical component of our mutual success.”

Mr. Kutman concluded his remarks by reaffirming that “The Government of the Bahamas is not selling the port to Global Ports Holding or to Nassau Cruise Port Ltd., the management company that we have established to operate the port. The cruise port belongs to the people of the Bahamas.  That will not change as a part of any agreement we sign. What we aim to do, as a proud partner and steward, is to help Bahamians maximize this opportunity to celebrate the best of their incredible country while empowering themselves. It’s been a long time coming, but now is the time.”

The project start date is subject to customary negotiations with the Government of the Bahamas and regulatory approvals before an agreement is signed, which is expected to take 60 – 120 days.

The $250 million winning proposal submitted by Global Ports Holding includes plans to transform Prince George Wharf into a state-of-the-art port and waterfront destination managed by Nassau Cruise Port Ltd. (NCP), a specialty purpose vehicle created for the project. Under the proposed ownership structure of NCP, Global Ports Holding will own 49 percent of the company, while another 49 percent will be owned by the Bahamas Investment Fund (BIF). BIF will be created to serve as an investment vehicle which will allow tens of thousands of Bahamians to become shareholders in the project. The final two percent will be used to establish the YES Foundation, a charitable fund that will support youth, education and sports programs. The plan also includes the development of a world-class entertainment venue, the formation of partnerships with local stakeholders and various forms of support to improve the state of the downtown core.

Global Ports Holding (LSE: GPH), is the world’s largest cruise port operator with an established presence in the Mediterranean, Atlantic, and Asia-Pacific regions, including 16 cruise ports and 2 commercial ports in 10 countries. GPH serves over 9 million passengers at its cruise ports and handles over 300,000 TEUs and about 5 million tons of total cargo at its commercial ports.