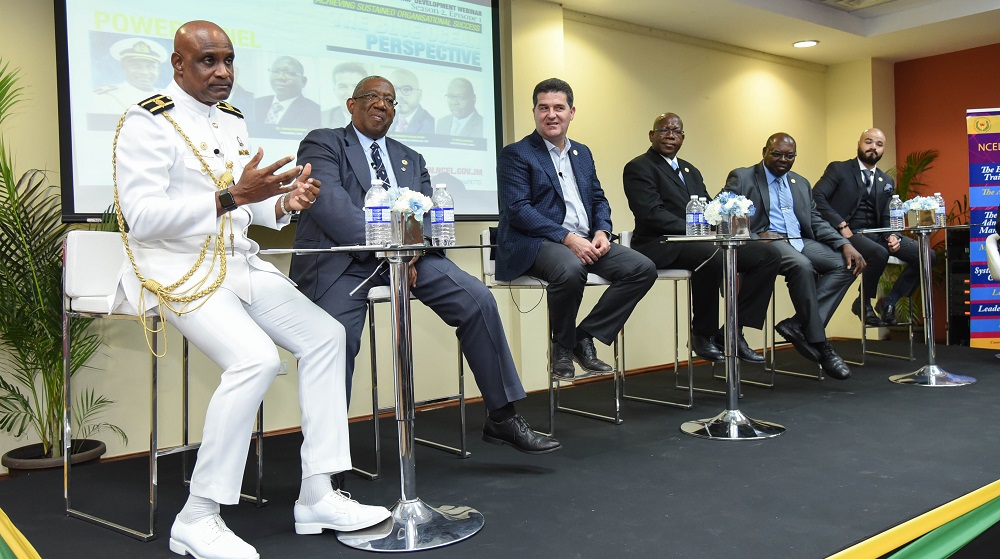 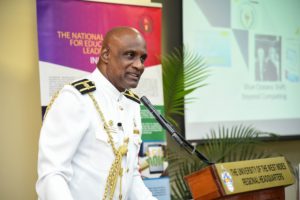 “We can use the blue ocean shift as a real tool. What we need is not principals who were first-class teachers; we need chief executive officers (CEOs) to run our schools,” he said.

Professor Pinnock was speaking at a leadership development webinar focusing on the Blue Ocean Strategy, at the University of the West Indies (UWI) Regional Headquarters on Monday (January 7).

The Blue Ocean Strategy is a management and leadership paradigm that is based on the idea that every enterprise can achieve higher profit by creating new demand in non-competitive markets.  The idea is that instead of struggling to survive in the shark-infested “Red Oceans” of vicious competition, entities should move to the “Blue Oceans” where there is little or no competition.

Professor Pinnock noted that this strategy has been practised at the CMU over the last 12 years, through the utilisation of transformational teaching and learning to meet industry needs.

“We go from industry to classroom as opposed to classroom to industry. As a result, we enjoy the highest placement of graduates in jobs within six months after completion, of which 89 per cent find their way into productive employment,” he said.

Professor Pinnock said utilisation of the Blue Economy Strategy has also resulted in student enrolment moving from 289 to 6,000, the staff complement growing from 38 to over 900, and revenue increasing by 6,479 per cent in 10 years.

In addition, the CMU moved from offering 14 programmes to now boasting more than 400 programmes.

During the event, Professor Pinnock also participated in a panel discussion involving individuals who would have used the Blue Ocean Strategy in their own spaces. The other panelists were Principal of the UWI, Professor Dale

The webinar, held under the theme, ‘Achieving Sustained Organisational Success: the Blue Ocean Perspective’, was streamed live on platforms such as YouTube and Facebook, and targeted the more than 1,000 principals and 26,000 teachers within the education system.

It was hosted by the National College for Educational Leadership (NCEL), in partnership with the CMU.