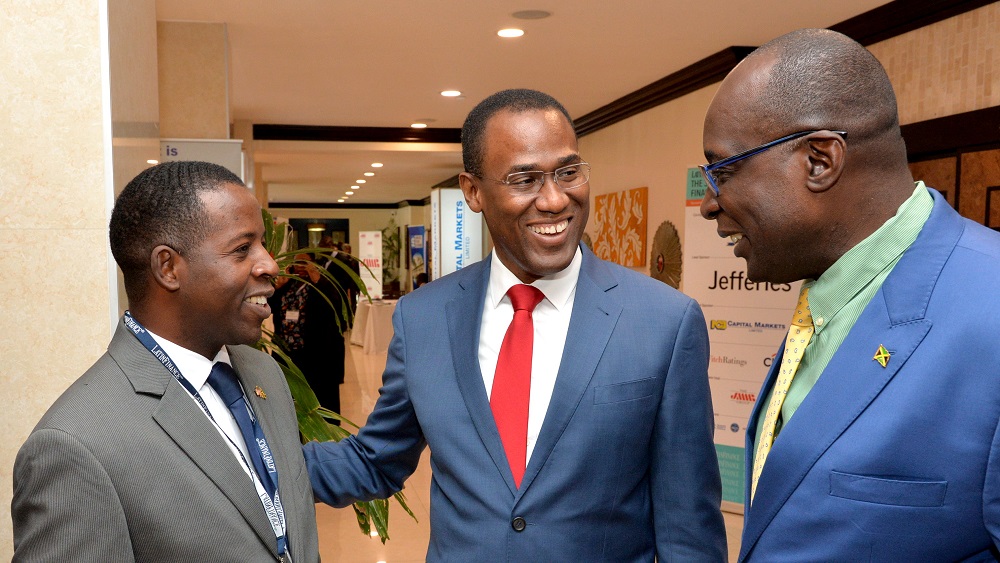 #Kingston, November 2, 2018 – Jamaica – Finance and the Public Service Minister, Dr. the Hon. Nigel Clarke, says 90 per cent of outstanding debt to the Export-Import (EXIM) Bank of China will be repaid in 10 years. 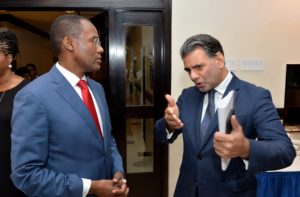 Dr. Clarke informed that 99 per cent of the loans secured from China on behalf of Jamaica are at fixed interest rates of two and three per cent, which “are among the lowest interest rates in our entire loan portfolio”.

“Loans from China [also] represent a mere 3.9 per cent of the total $2-trillion debt of Jamaica.  When you hear a loan being executed of (about) US$200 million from the China EXIM Bank, bearing in mind that at current exchange rates US$200 million is roughly $25 billion and then in a debt size of $2 trillion, it is just about one per cent,” he said.

The Minister was speaking at LatinFinance’s third Caribbean Finance and Investment Forum, at The Jamaica Pegasus hotel in New Kingston on November 1.

Dr. Clarke’s sentiments are consistent with those of Prime Minister, the Most Hon. Andrew Holness, who, a day before, noted that the loans secured on behalf of Jamaica are done at the best interest rates and that there is no need to fear Jamaica’s relationship with China.

“I don’t think that there needs to be any fear-mongering. The Government of Jamaica has been very strategic and the sovereignty of Jamaica is always foremost in my mind. So when we engage, we engage with that as a non-negotiable part of the partnership,” Mr. Holness said.

Meanwhile, Dr. Clarke assured the group of regional bankers and potential investors at LatinFinance’s forum that “there is no better place to invest than in Jamaica”.  He noted that all the economic indicators suggest that the Jamaican economy “is stronger than it has ever been”.

“We have inflation at record lows, but more important than being at record lows is that inflation has been stable over the past four years and is increasingly becoming predictable. On top of that, loan growth is increasing at accelerated levels… foreign direct investments have been steady and capital imports have increased by five-fold over the past six years,” he indicated.

Dr. Clarke reiterated plans for the establishment of an independent fiscal council designed to strengthen Jamaica’s fiscal responsibility framework and the modernization of the country’s central bank, the Bank of Jamaica.

Hosted in partnership with the Ministry of Finance and the Public Service, LatinFinance’s third Caribbean Finance 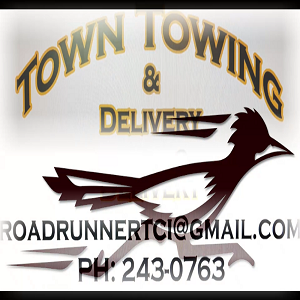 and Investment Forum brings together global banks and investors to lay out the road map towards achieving sustainable growth and investment.

LatinFinance is the leading source of intelligence on the financial markets and economies of Latin America and the Caribbean.

The entity’s Chief Executive Officer (CEO), Taimur Ahmad, acknowledged the ongoing growth in the Caribbean, which has “picked up in recent years, supporting the (existing) view that the region has finally turned the corner”.

He said part of the aim of the forum is to explore the promise held by the region, which, he noted, is significant.

Themes explored at the finance forum included exploring the new directions in the Caribbean economic outlook, understanding Caribbean fixed-income and Caribbean corporate finance and capital markets integration, among others.

Header: Finance and the Public Service Minister, Dr. the Hon. Nigel Clarke (centre), shares a light moment with Political/Economic Specialist of the United States Embassy in Kingston, Elvis James (left); and Education, Youth and Information Minister, Senator the Hon. Ruel Reid, at the third Caribbean Finance and Investment Forum at the Jamaica Pegasus hotel in New Kingston on November 1.

Insert: Finance and the Public Service Minister, Dr. the Hon. Nigel Clarke (left) listens attentively to a point made by LatinFinance’s Chief Executive Officer, Taimur Ahmad, at the third Caribbean Finance and Investment Forum, at The Jamaica Pegasus hotel in New Kingston on November 1.