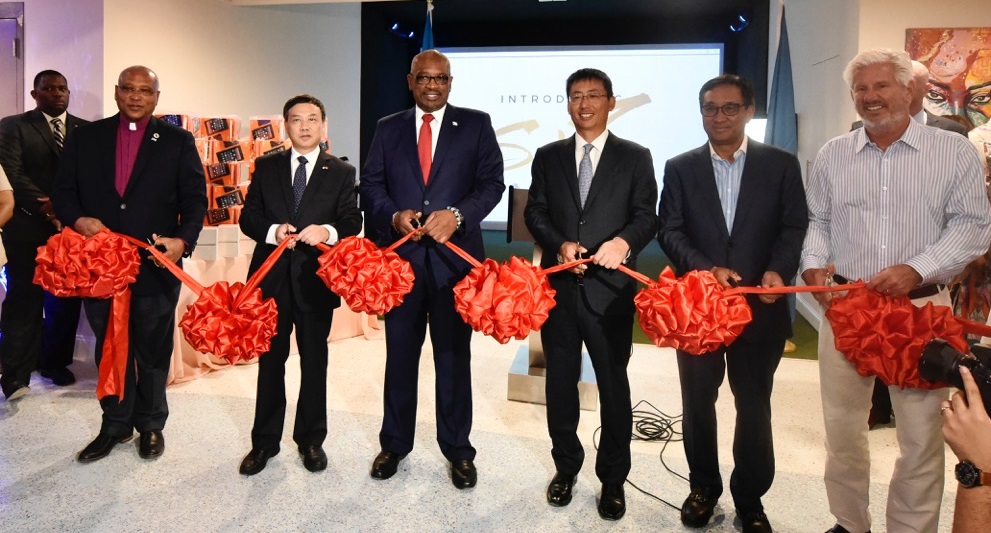 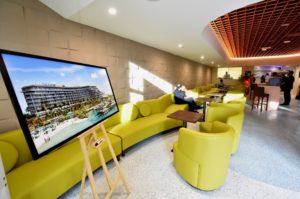 “These activities mark the significant progress you have made on the path to the realization of the completion of this important and impactful investment project,” the Prime Minister told the developers.

He observed that the journey began a few years ago with the signing of a Heads of Agreement on June 15, 2015.  The agreement provided for the development of a $200 million hotel condo and marina resort that included renovations to the existing Hilton Hotel, construction of condominiums consisting of 142 hotel units and three beach villas, restaurants, theatre and garages among other amenities.

The Prime Minister said he is advised that the Entertainment Center contains a variety of activities including Virtual Reality, bowling, pool, a 50-room movie theatre, and a venue for social events which will add to cultural life of the city.

“The center is strategically located as thousands of visitors and residents traverse this path every day,” he said.  “I am sure both visitors and 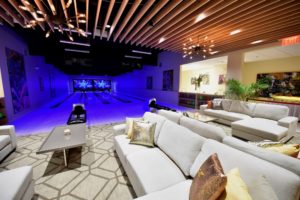 residents alike will be attracted to this facility, enriching their travel and entertainment experiences.”

A multi-sectoral team of the government recently conducted a site visit to the project.

“The team reported that they were pleased with the progress and intend to continue regular consultations to ensure that the project proceeds in compliance with the Heads of Agreement, which is mutually beneficial,” the Prime Minister said.

He then congratulated Strategic Property Holdings Ltd., and New World One Bay Street on their achievements, to date.

“We enthusiastically look forward to its completion which will be another significant step in the transformation of the city of Nassau,” the Prime Minister said.