#Bridgetown, October 12, 2018 – Barbados – Fisheries ministers from Member States of the Caribbean Regional Fisheries Mechanism (CRFM) deliberated upon a new Protocol on Climate Change Adaptation and Disaster Risk Management in Fisheries and Aquaculture when they met at 11:30 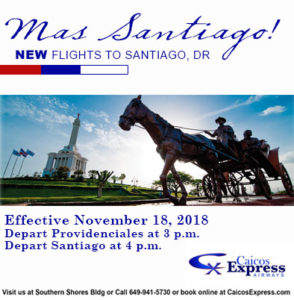 a.m. on Thursday, 11 October 2018, at the Hilton Hotel in Bridgetown, Barbados.  The Bahamas was represented by Minister of Agriculture & Marine Resources Hon. Michael Pintard.  Accompanying him was  Acting Director of Marine Resources, Mr. Edison Deleveaux.

The Ministers have been invited to attend the 8th Special Meeting of the CRFM Ministerial Council, the highest decision-making body of the CARICOM agency, guiding policy for the sector within Member States.  The Ministerial meeting was chaired by David Osborne, Minister of Agriculture, Trade, Lands, Housing and the Environment (MATLHE) of Montserrat.

He explained that increased levels of carbon dioxide in the atmosphere has been known to cause global warming.  However, only in recent years have experts begun to understand the magnitude of the effect that the absorption of carbon dioxide by the ocean—which is causing the waters to become acidic—has been having on marine life and fisheries production.