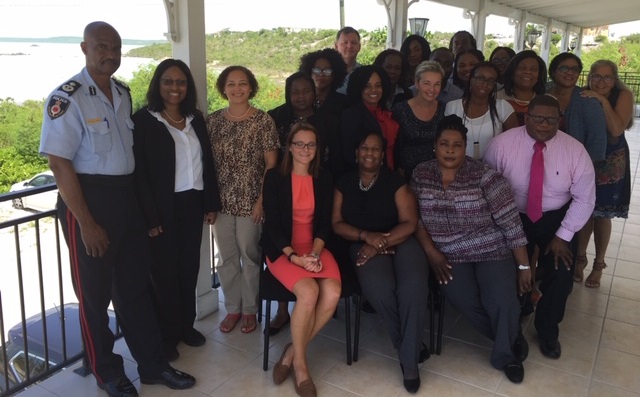 #Providenciales, September 26, 2018 – Turks and Caicos – As part of the enhancements to the child

The attendees included Police Officers from the RT&CIPF together with representatives from Office of the Director of Public Prosecutions, Department of Social Development (DSD), Health Care Professionals and Gender Affairs.

The workshop was designed to develop a greater understanding between the agencies and enhance the way they work together, both in response to allegations but also in a wider sense for the benefit of children and other vulnerable people on the Turks and Caicos.

In the near future, officers from the RT&CIPF and Social Workers from DSD will be co-located to allow for a greater ability to work together for the benefit of children and vulnerable people in the Turks and Caicos. More information 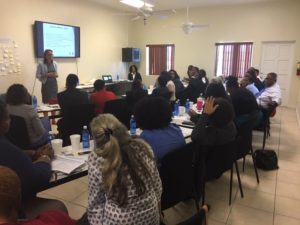 will be released over the coming weeks in relation to further developments in the safeguarding arrangements for the Turks and Caicos Islands.

Deputy Police Commissioner, Trevor Botting said, “The safeguarding of children and vulnerable people on the Turks and Caicos Islands is everybody’s business. This workshop brought together partner agencies from across the TCI to develop closer ways of working to better serve victims of sexual offences”.

Deputy Commissioner Botting added, “In the near future, officers from the RT&CIPF and Social Workers from the Department of Social Development will be accommodated in the same office space and working much closer together and with great commitment to protecting children and those most vulnerable within our communities.”