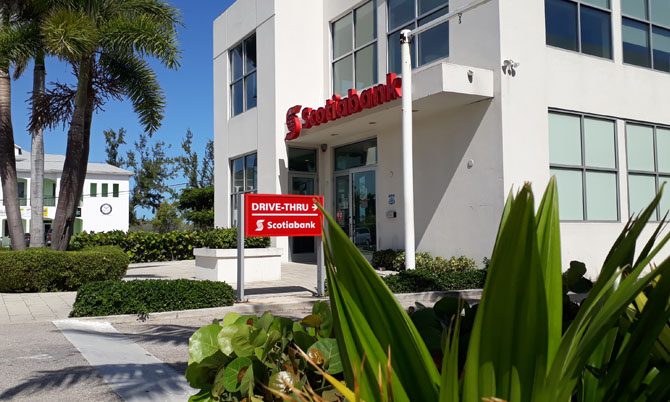 #Providenciales, Turks and Caicos Islands – Friday July 20, 2018 – When the doors were locked today at ScotiaBank Grace Bay, it signaled not only the close of another work week, but the complete closure of the branch in a controversial downsizing exercise which has only just begun. 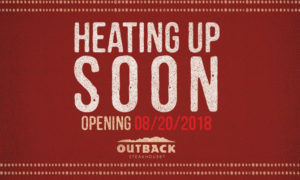 On June 7, 2018, ScotiaBank confirmed that a format being mimicked region wide by the financial institution will dramatically alter operations in the TCI.  Three branches will merge to become one, and that means Grand Turk will – in just over two months- also lose its branch.

From June 7 media release:  “The current Head Office at ScotiaCentre, 88 Cherokee Rd Providenciales, which currently houses the Retail Branch, Corporate & Commercial Banking and the Managing Director’s Offices, will become the new home for the full suite of services. As the bank undergoes these changes to align with the regional format, the Grace Bay and Grand Turk operations will ultimately consolidate into the ScotiaCentre facility. The consolidation of the Grace Bay Branch will take effect on July 20, 2018 with Grand Turk Branch following on September 28, 2018. All banking operations will remain business as usual until this time.”

The announcement resulted in masses of customers flocking to the bank branches; the fear of a complete closure with customers’ deposits was the motivation of the rush.

ScotiaBank tried to assuage feelings of alarm, but as news of the decision spread to the Turks and Caicos community, there was furious backlash.

Comments made by the public when Magnetic Media posted news of the closure on June 7, 2018:

“Grand Turk always getting the short end of the stick… apparently ScotiaBank is closing, everything that I have is tied up in that bank.  I hate online banking because sometimes you need to go to the bank and speak to officers of the bank.  Calling Customer Service here in Grand Turk or in Provo is not fruitful, so that means that if I really need to do business, I will have to pay a hundred dollars to go to the Provo branch…” 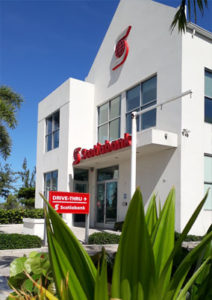 “Line are always super long at both locations (especially Leeward Highway)… what a fabulous idea to just consolidate into one; jokes!”

“You’ve got to be kidding me.”

“Banking will be worse than it already is.  Automatic transfer to your employees should be mandatory.”

“Everyone is concerned and commenting on long lines in Provo. Imagine how the customers in Grand Turk and South Caicos will manage without a bank!!!! SMH”

Another writer, reacting to the news simply wrote:

Still ScotiaBank is forging ahead with its plan for a consolidated location with more services, it says. By the final Friday in September, the Grand Turk branch is due to close its doors for good and residents are hoping for a change of heart.  It seems unlikely.

From June 7 media release:  “We are confident that this move will support the overall objectives of the Bank, and promote the long-term sustainability of Scotiabank in the Turks & Caicos Islands.” commented Curtis Knight, Acting Country Manager, Scotiabank (Turks & Caicos) Ltd. “We appreciate the loyalty of our customers and commit to working with them to ensure a smooth transition. We look forward to serving them at the ScotiaCentre.”