#Providenciales, June 6, 2018 – Turks and Caicos – Hon. Vaden Delroy Williams Minister of Home Affairs, Transportation and Communication is conducting a Hurricane Preparedness tour of the islands from May 29-June 7, 2018 to assess the state of readiness of the shelters and other critical facilities ahead of the 2018 hurricane season. 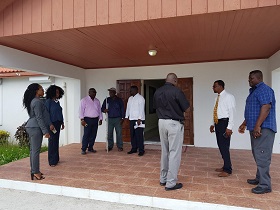 The Minister started with North & Middle Caicos on Tuesday, Grand Turk on Wednesday, South Caicos on Thursday, Providenciales on Friday and Salt Cay the following Thursday.  While on this tour the Minister was accompanied by officials from the Department of Disaster Management and the Department of Public Works.  He was also accompanied by the Hon. Goldray Ewing Minister of Infrastructure, Housing and Planning and Hon. Ralph Higgs the Minister of Tourism, Environment, Heritage and Culture who is also the member of parliament for North and Middle Caicos.

The tour was done to assess the current state of readiness and to determine the additional resources that are required on each island.  The minister noted that the tour was a timely, critical and instructive exercise.  He also stated that last year’s devastation from hurricanes Irma and Maria was a learning experience for the country and the government.  He stated that the government is committed to ensuring that all the islands are as prepared as much as possible for any eventuality that may come our way.

Hon. Williams again encourage residents to be as prepared as possible, given that this season is predicted to be extremely active noting that there has already been a sub-tropical system, Alberto which formed before the traditional start of the Atlantic hurricane season. 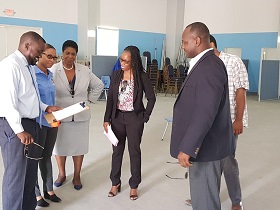 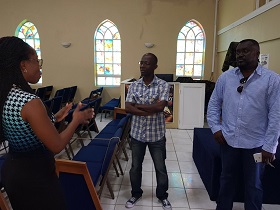 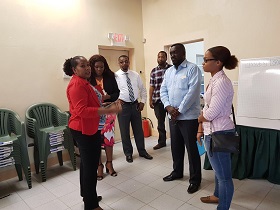