#TurksandCaicos, May 30, 2018 – Providenciales – On the day this basketball court was first completed back in 2014 by Member of Parliament Delroy Williams, a loving family lost their son who had come home from university as a surprise; he was studying in the UK. Then 19 year old Kareem Walkin died in a car accident in Middle Caicos, after leaving the annual Crab Festival.  It was a national devastation.

But twice now, there is a ray of hope for this family as the basketball park was for the second time announced as named in honour of Kareem, but for the first time, publicly dedicated in his honour.

“We the family of Kareem are so thankful for what you guys have done, it’s a great thing,” said Corena Walkin – Mother of Kareem Walkin

Provo Water Company took up the mantle and refurbished the court which had been battered in Hurricane Irma, with the investment comes a needed recreational site for youth and an opportunity to develop a community basketball team.

“I’m excited, particularly for the community, you can tell just by the participation today that it has been really well received.”  Robert Hall, Manager, Provo Water Company.

Provo Water Company usually takes up a community project during Drinking Water Week, up until 10pm Friday, the staff was still working hard to get the refurbished court ready for official opening… on this day, the Manager Robert hall and Member of Parliament Delroy Williams hung fresh nets on fresh rims; boys standing nearby were grateful. 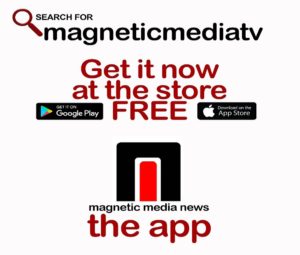 “This is a nice court, I like how the guys fixed it up, it’s very nice.”

“Well it’s a good idea to bring the court back to like because we really need a good court.” said two young Wheeland residents

Kareem’s mother, other relatives and the Turks and Caicos Sports Department were among the excited residents of Wheeland Providenciales at the early morning dedication, presentation of basketballs and game time, despite the strong winds.

The Kareem Walkin basketball court had its first dunk performed by Kareem’s nephew, Kaeden Robinson; who got it done with a little help.

We are told, Kareem loved the game of basketball.