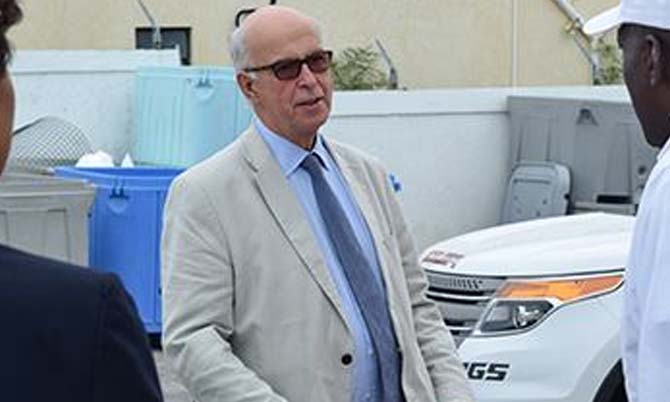 #Providenciales, Turks and Caicos Islands – Wednesday, May 30, 2018 – Residents who are fed-up with the surge in illegal boats from Haiti are being summoned to participate in a demonstration set for outside of the Governor’s Office in Providenciales this morning.

Over a dozen boats from Haiti in the past three months alone – some landed, some intercepted and others believe landed but unconfirmed – have flooded Turks and Caicos waters and brought to the shores untold numbers of illegal people and very likely illicit cargo.

Residents are frustrated by the surge and are demanding more from the British, which heads National Security for the TCI as its overseas territory.

Residents comments on social media accuse the UK of being tone deaf about deploying a permanent maritime defence for consistent border control.

The United Kingdom has however been responsive to lending illegal migration expertise, temporarily stationing a ship, manpower and a helicopter.  These have all been welcomed, but residents are demanding a permanent solution as the Turks and Caicos tries to crack down on illegal migration generally.

The vigilante round-up team, was reportedly formed on Monday after illegal Haitians got into a scary confrontation with a prominent business-man in his Long Bay back yard.  The account of the incident in the eastern end of Provo where a boat made landfall, was posted to Facebook by LapelsTCI owner, Elrey James who talked about the encounter.  Not only was Mr. James forced to fight a fleeing migrant from entering his home, but faced the man who was carrying a knife; the altercation happened in broad daylight and in broad view of his young son.

The group of vigilante men say they were up all night on Monday, slept in bushes and managed to make at least three trips to the police station with the illegal men picked up off the streets of Providenciales.  The apprehended males were described as ‘Haitians’.

The demonstration information is now making social media circulation and the message explains the protest for better national security protection from the UK, will begin at 10 a. m.

Hours later, Police issued a warning about this apprehension activity; advising residents to avoid this kind of help, offering the 911 hotline and recommending residents call to get the Police and Immigration Operation on the scene to make arrests and captures.

The demonstration advert said, “Calling for a nationwide protest in front of the Governor’s Office both here on Providenciales and Grand Turk… We must demand that the British Government live up to their responsibility with regards to border protection. It is time that we hold them responsible.”

There was also call for Civil Servants to stage a national sick out.