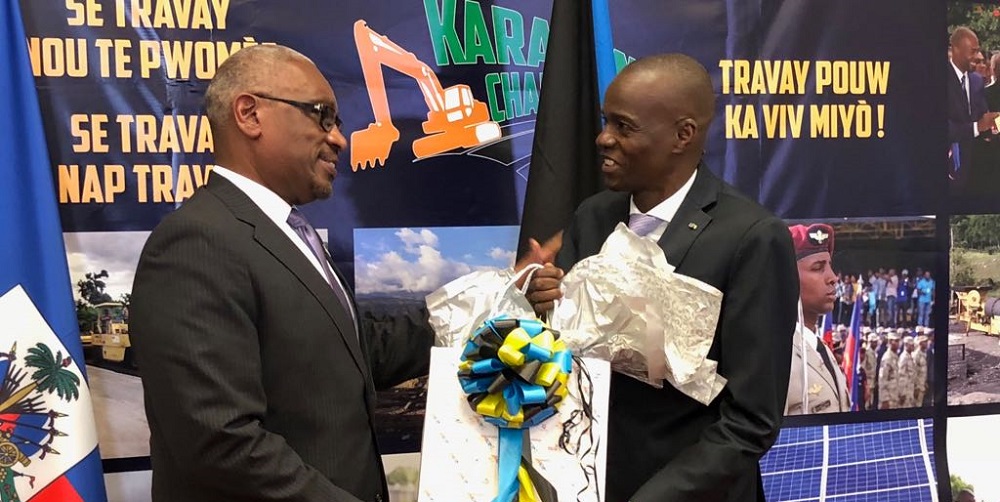 #Haiti, February 26, 2018 – Port-au-Prince – CARICOM 29th Intercessional Meeting officially opened today in Port-au-Prince, the Capital of Haiti.  The Bahamas and the Turks and Caicos Islands are among the Member and Associate Member States at the convening where among the issues to be discussed are: Regional Security, Climate Change and Black Listing.

PM Minnis on Sunday announced that a new agricultural relationship is expected to deliver ‘sought after’ Haiti-grown produce into The Bahamas by December 31, 2018.  Immigration Minister, Brent Symonette is among the Cabibet Ministers in the Bahamas’ delegation.

Deputy Premier of the Turks and Caicos Islands, Sean Astwood who is for the second year representing the TCI at this high level caucus told Magnetic Media that there is a bi-lateral session planned.  Hon Astwood will meet with Haitian President Moise on immigration and trade matters.

This is only the second time the Intercessional meeting of CARICOM has been held in Haiti; it wraps up on Wednesday.