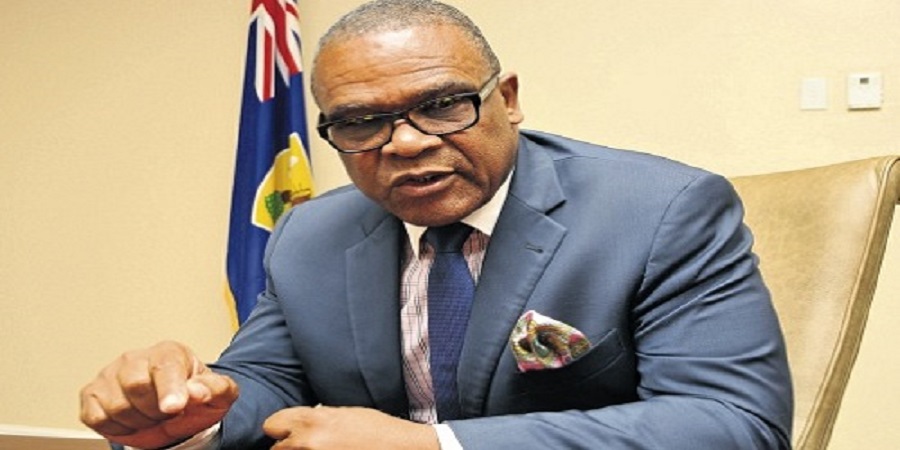 #TurksandCaicos, January 6, 2018 – Providenciales – Bundles of misinformation in the media is what brought the Leader of the Opposition, PNP out in a press conference following the confrontational situation on New Year’s Day between locals wanting to enjoy Taylor Bay Beach, and a man who claims he owns the property and charged the group with trespassing.

Comments have focused on the Taylor Bay Beach blockade which locks out locals and visitors as an old one, started nearly a quarter of a century ago when the now Opposition Leader was the then country leader; Washington Misick in his press conference on Wednesday says it is time to move past the past.

“Don’t yield to the past.  We are at a different time in history, a different date and we can look forward or move backward.”

Hon Misick considers the back and forth on the hot button issue and focus on the origin of the dilemma to be a waste of time.  Still the former Chief gave a backward glance…

“For persons back then who were yearning for something better than what was available at the time, they saw it as an opportunity to move the islands forward and so whether we blame them or not, that is the reality.   In the early or mid 1980s, a couple of hundred acres of land was given on a conditional purchase lease to a group of Canadians which encompassed what you now see as Chalk Sound and it started from the South Dock area at the hill just above the port past Sapodilla Bay and Taylor Bay where I think on the corner there where Mosey lives– it kind of stopped there and included southland to the left.”

Misick said the land was subdivided and sold and confirmed that at the time, because there was no demand for access, no access was factored in.

When it comes to the questions about how the land, including the land allotted to the Crown also became sold off with no public beach access designated, Misick again took reporters down history road and explained that in a trade for land needed for community roadways in the Bight area, a company – comprised of Belongers and Expatriots – was given the Crown land in Taylor Bay. 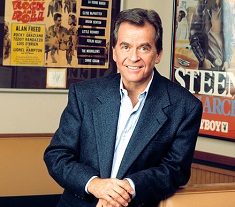 “In the end, what happened is that Taylor Bay – that land – was then sold on to Dick Clark, then from Dick Clark to Michael Ashcroft.  The issue of access apparently was never ever actually completely settled and so we end up with a mess today.”

The former Finance Minister said also that the messy matter was one that the former PNP Administration tried to resolve, but there was no resolution and never any news of their attempt to set things right.  Current Leader of Opposition business Misick shared that the process of trying to rectify the public access issue at Taylor Bay started some 18-months ago when Rufus Ewing was the premier.

Authentic leadership is how Washington Misick described his stance on the matter of a beach party styled protest, complete with DJ Music arranged by his younger brother and former PNP Leader and ex-Premier, Michael Misick.   The elder Misick, during his Wednesday press conference held at Prestigious Properties explained that he may take some heat from within his own Progressive National Party for the position which discourages illegal behavior.

“We must always come down on the side of the law and there is a legal and proper way to fix this problem.   I admire the courage of the young man on the beach who took the pictures.  I admire him for standing up and confronting bigotry.   There is no place for bigotry in this country and we should not tolerate it.  On the other hand, we have a right as self respecting people to make sure that whatever we do, we do it within the confines of the law.  We also ought to petition the authorities to make sure that the effort that was made by the PNP to have the legislation changed, to make it clear what should happen at places like Taylor Bay, that that should happen quickly.”

Misick used the press conference to outline that it was a decision under his leadership in the early 1990s which caused there to be more equity in the distribution of land in Chalk Sound, which is considered an elite residential area of Providenciales.

“It was yours truly, who took the land, thwarted the arranged and made sure the land was ten subdivided and given to Belongers.  That is the truth, that is documented… if it wasn’t for that action, there would not be a black man living in Chalk Sound today…”

Although many, including the PDM Chairman, Doug Parnell say the PNP created the mess and should have fixed it in their time; Washington Misick said the PDM government is now empowered by the voters to make the change in the law as they now occupy the leadership seat.

A media statement detailing the history of this land debacle was promised by the Leader of the Opposition and was issued on Friday.

Press Statement from the Office of the Leader of the Opposition