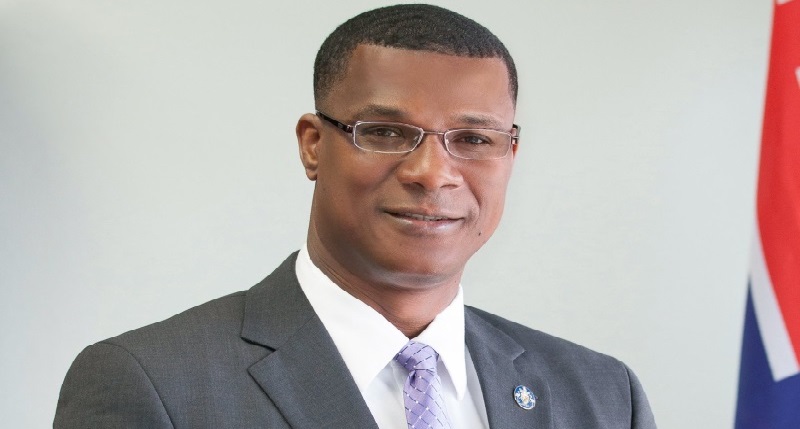 “I cannot understand why we have to wait so long for our children to get into permanent classrooms and public officers to get back to Grand Turk or into their healthy workplaces while the Government takes the bureaucratic route of first going to the House of Assembly for a Supplementary budget when a contingency warrant using the Excess Expenditure provision of the Constitution could have been approved the day after the hurricane on a case by case assessment basis.”

“…the Government is either weak, incompetent or is ignorant of the authority and power that they have legally and constitutionally.”

The pace of recovery in these islands is unacceptably slow as measured by the return to normalcy of essential and public services particularly in the harder hit islands of our capital Grand Turk and the islands of South Caicos and Salt Cay.   Also unacceptably slow is the slow pace at which our residents are struggling to return to normalcy as they seek shelter with a water proof roof over their heads.

I know all too well that within the framework of the Turks and Caicos Constitution, executive action from cabinet is derived from the consensus of all members of cabinet both elected and non-elected.   But despite these actions requiring the approval of the Governor, His Excellency must approve unless there is violation of governance principles or the matter is one which is the absolute responsibility of the Governor such as internal security, defense, foreign affairs and the public service.

The execution of policies with financial implications that fall outside of the absolute responsibility of the Governor is the prerogative of the elected government. Hence the hands of the government are not tied where there is an urgent need to execute policies of public good for which a government was elected.

The exception to this rule was when there was a Chief Financial Officer (CFO) who had powers to veto the decision of cabinet members and prevent expenditure on policies that he thought were not in the best financial interest of the Government.   Several clear examples of his disregard for the best interest and social good of our people can be referenced during his tenure in office.   But there is no more CFO! And there no longer exists a need for hands to be tied where our duly elected government has the emergent need to execute policies such as returning to normalcy essential and public services after two devastating hurricanes.   If such is the case, then the Government is either weak, incompetent or is ignorant of the authority and power that they have legally and constitutionally.

In fact, the access to the contingency fund (emergency fund) for the purpose of recovery of the islands, in particular essential and public services rests solely in the hands of the Minister of Finance and not even Cabinet.   Section 118 (1) of the Turks and Caicos Constitution and Section 7 of the Public Finance Management states “The Minister (Finance), if he or she is satisfied that there is an urgent and unforeseen need for expenditure for which no provision has been made by an Appropriation Ordinance or a Supplementary Appropriation Ordinance may, by a Contingencies Warrant under his or her hand and in anticipation of the grant of an appropriation by the Legislature, authorize an advance from the Consolidated Fund to meet that need and shall forthwith report his or her action to the Cabinet.” Even though section 118 (2) of the Constitution requires the Minister to obtain the approval of the Governor, this provision is rarely invoked and if it was and refused, the matter should be brought to cabinet.

Therefore, the question to be asked is

If they are considered emergency, then a Contingency Warrant should have been issued to access funds from the Consolidated Fund to expedite recovery of these islands without having to obtain cabinet approval or much less await a sitting of the House of Assembly.

If the argument why this was not done was that the Governor refused the approval of the warrant by the Minister of Finance, then this matter should have been brought before Cabinet for consensus and approval.

If the argument was that an insufficient amount was budgeted in the Contingency Fund and a supplementary budget is necessary, then again, this argument does not hold water as Section 117 of the Constitution allows for Excess Expenditure.   This is expenditure above and beyond what was budgeted.

Given all of these provisions in the Constitution and the Public Finance Management Ordinance to effect policies with financial implications, I am still baffled as to why damaged government schools, clinics and offices where children and civil servants are displaced have not been touched and why major cleanup of hazardous debris posing public health threats have not been cleaned up.   I cannot understand why we have to wait so long for our children to get into permanent classrooms and public officers to get back to Grand Turk or into their healthy workplaces while the Government takes the bureaucratic route of first going to the House of Assembly for a Supplementary Warrant when a contingency warrant using the Excess Expenditure provision of the Constitution could have been approved the day after the hurricane on a case by case assessment basis.

Is the inaction due to a lack of vision, or lack of ability, a slow learning curve, lack of assertiveness, lack of money or lack of care and concern?   As Turks and Caicos Islanders I am sure we all care about the well-being of our people, because generally that’s who we are, a caring people, so it must be because of all of the other reasons.   But the inaction cannot be due to lack of money, because one year ago the Government was in a position of fiscal surplus.   If there is no longer a fiscal surplus then where has all the money gone?   Is it that there was wasted expenditure?   But on what?  Travel?  Nothing was done to show where the money went.  Has revenue dropped significantly due to poor fiscal management and failure to find new revenue streams or expand existing revenue streams?  Or was it the hurricanes? Historical budgets will show that the majority of government revenue comes in the tourism months November- July/August.   So a hurricane occurring in September would impact the government revenue for that month and going forward but not immediately erode months and years of surplus.  So the questions are where has the money gone?   And why is there much inaction in the recovery of these islands especially Grand Turk, Salt Cay and South Caicos?