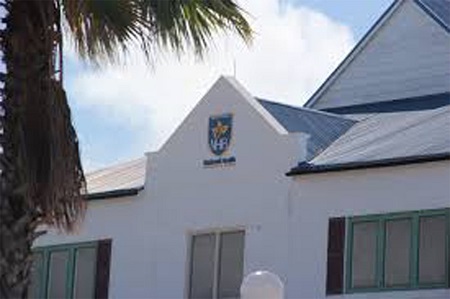 #TurksandCaicos, November 30, 2017 – Grand Turk – The social health care plan of the Turks and Caicos is a mess and the truth of the state of the plan was laid bare in a string of rowdy contributions Thursday in the House of Assembly as debate started on a bill to change the composition of the NHIP board.   Members from both sides dropped major bombshells with significant ramifications for the contributors to the plan, and it all points to an unmanageable bill for healthcare which will continue to have to demand more money from employers and employees in order to operate in its current form.

The Minister of Health tabled a bill to take the management board from 15 members to nine members and that is what ignited the firestorm of presentations, several times near uncontrollable outbursts erupted to the chagrin of the Speaker of the House, Dwayne Taylor.   While Member for Grand Turk North, George Lightbourne argued that to reduce the size of the board is to reduce the voice of the people, PDM Appointment Member Maxivanno Thomas was on fire, pointing to the current Opposition with particular focus on appointed PNP member, Royal Robinson, as the architects of the malfunctioning NHIP – an albatross around the neck of the Turks and Caicos people, he called it.

Thomas also called out the PNP for not being enough of a voice as the Opposition, after Lightbourne chastised the governing side for the very same thing.   Thomas said the size reduction is less about the quantity and more about the quality of the NHIP board and explained that there were several conflicts of interests in the board appointments, where some of those sitting were actually also financially benefiting from the National Health Insurance Plan.

Long Bay and Leeward Member, Akierra Missick had a warning for the Health Minister, Edwin Astwood saying she notes that the Healthcare bill for the country was climbing and would likely, again bust the budget.   Echoing the sentiments of a hemorrhaging NHIP, was former Finance Minister Washington Missick who chided the PDM Administration for not bringing a plan for change to the House for the Board and other statutory bodies, as is needed for the TCI, but presenting instead a stop gap measure with little effect on the real issues plaguing the Plan.  The Leader of the Opposition called for a corporate governance structure to be established for all statutory bodies and Misick suggested that a complete overhaul of the NHIP should happen, because it would continue to breach the bounds of its budget.

It was one year ago that the NHIP grabbed media headlines for being $2m in the red under the former Rufus Ewing Administration.  The Plan continues to be problematic and expensive under the Sharlene Robinson Administration.