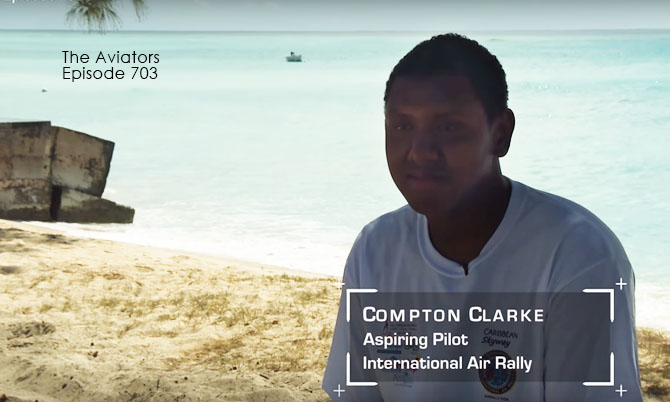 GRAND TURK, #TurksandCaicos – December 12, 2017 – Partial funding in a Turks and Caicos government grant ended too soon for Turks and Caicos islander, Compton Clarke.  Clarke is 21 years old and dreams of becoming a pilot, flying the Turks and Caicos skies as an aviation professional instead of only as a passenger.

Compton, a 2014 graduate of Helena J. Robinson High school said he is saving now to continue his education to become a pilot, but the struggle has given him greater focus and a determination to establish a club or flying school to help other young men and women of these islands who share his career objective.

Compton Clarke is an impressive young man and it is not just Magnetic Media which thinks so. 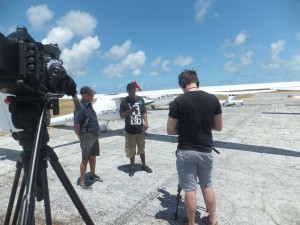 In 2016 The Aviators TV show featured the islander in a lovable interview as a budding airman, with a great spirit and grand personality.

Clarke shared the YouTube video with us and we were dazzled by his native charm and endearing story.

“It felt amazing when I was asked to do it, I didn’t know how to react.  It was actually my first time flying a plane and being on television,” explained young Compton Clarke.

Thirty-five aircraft flew for 13 days to a select set of islands in the Caribbean.  The Turks and Caicos was the launching point for the audacious air rally, which has been going strong since 2003.   This year, The Aviators in Episode 703 followed a journey that was both fun and fundraiser.

“This particular rally is a fundraising event that supports the educational programs of Aviation Connection.  A charitable organization that offers an aerospace training program to high school students designed to introduce them to the fields of science, technology, engineering and mathematics.” – From The Aviators

It was the Governor General’s Cup Caribbean Air Rally that kicked off from the JAGS McCartney International Airport in Grand Turk, the country’s capital and of all of the people in the Turks and Caicos who could have been singled out for a feature in The Aviators show following the rally, the organization selected young Clarke.

Compton Clarke, in a terrific interview and shaded by the Casuarina trees of the Sand Bar (destroyed by fire in March 2017) and backed up by the turquoise waves of the Atlantic Ocean talked about how his love for flying was born at the age of 5-years-old when he watched his father fly off on a business trip from the Grand Turk airport.

His inaugural flight was in a Pipistrel Sinus, which Clarke says he learned about as he was viewing the 30 plus planes parked at the #JAGSMcCartneyInternational airport.  The aspiring pilot told Magnetic Media that he flew it for about an hour and that it is a powered glider.

“We actually cut the engines to do wing-overs, stalls and turns and we also glided, with the engine off and made it past Salt Cay.  It was really a lot of fun.” 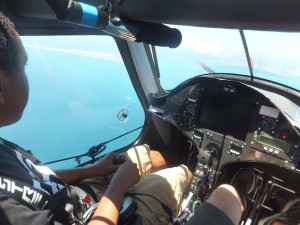 In watching Episode 703, there are some other familiar scenes and faces including former Governor Peter Beckingham who hosted the opening of the air rally at Waterloo; gift bags from the TCI Tourist Board were in there, the stunning #GrandTurk shoreline where cruise ship passengers soak up the sun, breathtakingly beautiful aerial views of GT and curious, smiling students of Newman’s Preparatory, Eliza Simons and Ona Glinton – all primary schools on the island.