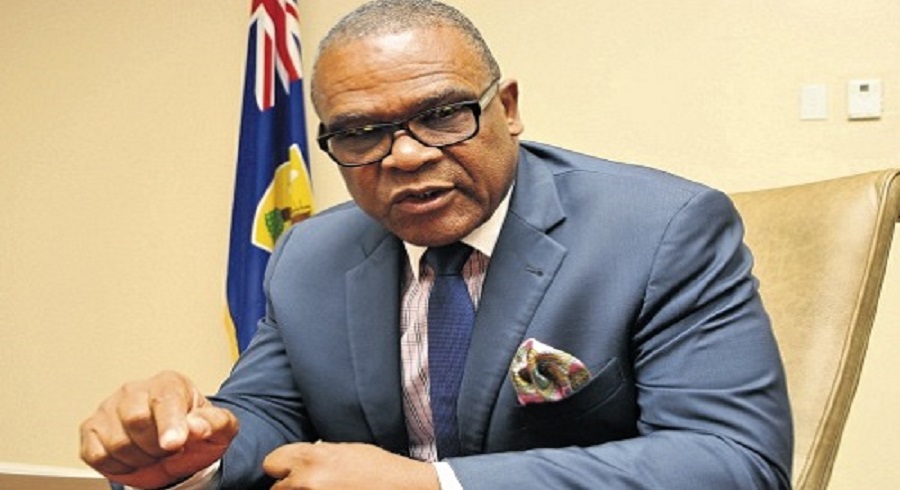 #TurksandCaicos, November 3, 2017 – Providenciales – Contrary to what common sense would suggest, TCIG has accepted 630 generators, 1,000 sheets of plywood, 4,500 tarps, 2,000 sheet rocks and 4,000 metal roof sheets from the Haitian Government – In making the donation His Excellency Jacques Adolphe, Haiti’s Consul to the TCI, implied that the supplies were for the benefit of “our compatriots …. who consider this beautiful by nature country their second home.”   This is being received against the threat of TCIG demolishing the shanties in which many Haitian immigrants reside; and an official remittance to Haiti of $3 million dollars a month ($36 million dollars annually) The physical remittances is also considerable .   These sums will increase during the rebuilding stage of the TCI recovery from the recent hurricanes.

There is something absurd when the UK (the world’s 5th largest economy) rank the TCI too rich to be an aid recipient, and Haiti (with an economic ranking of 146 out of 157 ) decide to provide relief for the TCI with a GDP per capita of $26,000 (twenty six thousand dollars) compared with its own GDP per capita of  $750.00 (seven hundred and fifty dollars).    At first, this appears counterintuitive but, on examination of the facts it’s a brilliant strategy by Haiti, and one that a naive Turks and Caicos Islands Government have apparently not questioned.

First, the threat of demolishing the shanties is an empty one and amounts to political “sabre rattling” on the part of the Government.   The Turks and Caicos Islands is a subscriber to the UN Human Rights Charter, and unlike Haiti it has a long track record of respecting its obligations.  Therefore, any policy to demolish these shanties must rightfully be made in the context of a country housing strategy which must provide for adequate housing for all who have a legal right to reside in the islands.

Second, given the dependence of the Haitian economy on receipts from its citizens abroad, it is in Haiti’s best interest to export as many of its people as other countries would accommodate, and therefore she has no interest in stemming the exodus.   As well, it is worth noting the not so subliminal reference by the consul of TCI being a second home, inferring and reinforcing the mindset of the need to repatriate their earnings to their first home.

The idea that within days of the worse Atlantic Hurricane on record, Haitians would be fleeing their homeland to impacted countries, reinforces the desperation of life at home.   By making this gift against its own abysmal housing crisis, Haiti is sending a message to those of its citizens who are illegally invading the TCI, that it has made provision to accommodate them here, and TCIG having now accepted their gift, should use it to assist with the construction of a multi-family short-term accommodation facility, as part and parcel of a strategy to replace the shanties with strictly controlled adequate housing, taking into consideration that housing does not necessarily mean property ownership.

Conclusion: To continue to receive relief from Haiti is enabling the exodus of Haitians to the TCI.