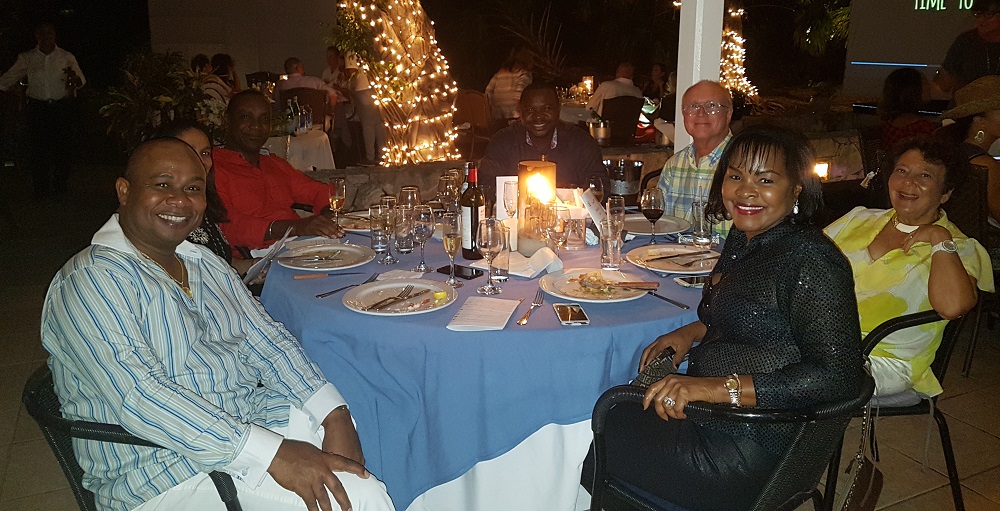 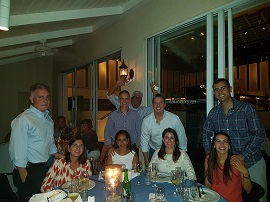 #TurksandCaicos, November 28, 2017 – Providenciales – The “Turf & Surf” fundraising event, sponsored by PwC and Opus, resulted in approximately $40,000 being donated to the Turks & Caicos AIDS Awareness Foundation (TCAAF) for the Edward Gartland Youth Centre.   The Youth Centre lets us reach a key demographic to increase awareness and education – not only about HIV/AIDS but about all kinds of life skills while also providing them with a safe, fun environment to meet friends, receive counseling and develop new skills.

A wide cross-section of the local community came out for a fun and unique event where guests enjoyed family style dinner, complimentary champagne and wine and had a chance to make money by betting on pre-taped horse races that were announced live by Mr. Larry Collmus, voice of the Triple Crown and new voice of New York Racing Association.   The evening culminated with the “Turks & Caicos Derby”, sponsored by PwC, which also featured a Calcutta style auction of horses, where winning bidders name their horses.   Fifty percent of the auction pool was committed as a donation to the TCAAF, with the balance forming the pay-out for Win, Place and Show.   This year the champion trophy was awarded to Barrie Cooke, whose horse “The Winner” lived up to its’ name. 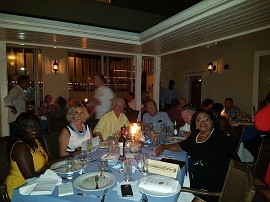 The evening culminated with the “Turks & Caicos Derby”, sponsored by PwC, which also featured a Calcutta style auction of horses with the winning bids combined to form the payout for Win, Place and Show and the owners naming their horses.   This year the champion trophy was awarded to PWC whose horse “The Winner” surpassed all the other horses to take the top spot.

“We can’t express our gratitude and appreciation enough to the PwC family, Opus restaurant, sponsors, volunteers and the participants of this event,” said Galmo Williams, Patron of the #TCAAF.   “Our fundraising efforts and additional works executed in 2017 would have been futile without the support of the TCI Community”.

Nick Haywood, Territory Leader, PwC TCI said: “The event was again a great success.   The generosity of those in attendance allowed us to raise around $40,000 for the TCAAF, which we know they will use wisely and carefully to support both the Edward Gartland Youth Centre, and where possible the wider education sector.   At a time when everyone has suffered to some degree from the hurricanes, it is heart- 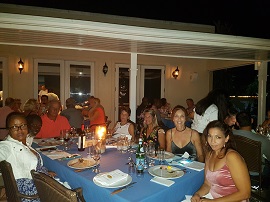 warming to see people coming together to help support those who have a greater need. This is just one more example of the strength of our community, and we at PwC are honoured to be a part of it.”

Haywood added that “the amount of money raised in a time when the community is still rebuilding not only proves the importance of this event but is a testament to the strength and commitment of the community here and we at PwC continue to be a proud sponsor allowing us to live our core values that include working together, to care, to reimagine the possible, integrity and to make a difference.”