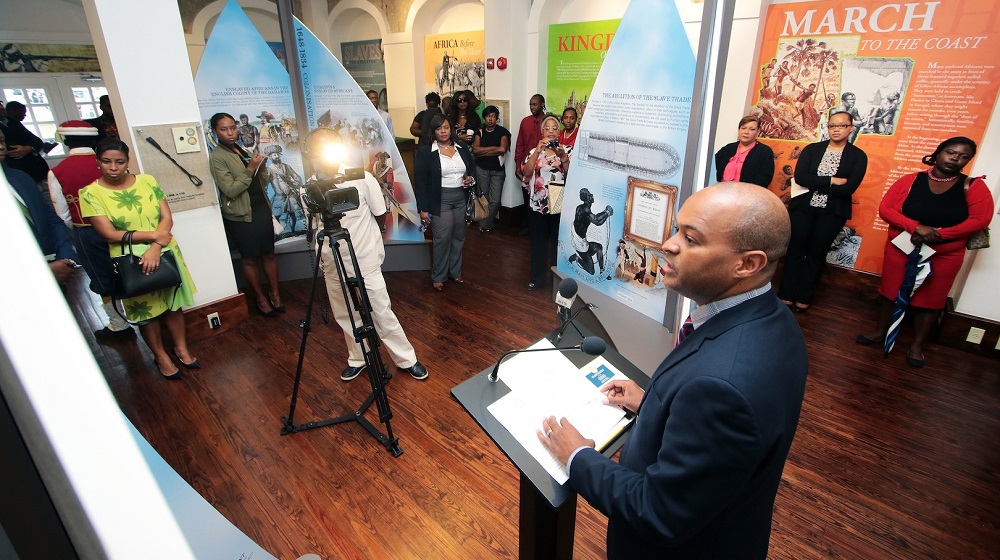 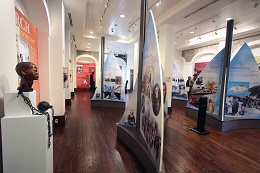 #Bahamas, November 4, 2017 – Nassau – Historians, politicians, artists and others gathered at Pompey Museum of Slavery and Emancipation, downtown Bay Street, on Thursday, November 2, 2017 for a Special Preview of the exhibit, ‘Struggle For Freedom in The Bahamas: From Slavery to Independence.’

The exhibit comprises wall-to-wall sailboat-shaped displays with lots of information and graphics, along with multimedia kiosks full of content and depictions of artifacts dated back to days of slavery in The Bahamas.    The Antiquities, Monuments and Museums Corporation (AMMC) of The Bahamas held the preview for which the Open House will take place on Sunday, November 12, 2017. Sponsor of the exhibition is Templeton World Charity Foundation, Inc.

After experiencing two fires: one in 2001 and the other in 2011, the museum’s present state of renovation is the result of both local and international participation. Charred walls can still be seen inside the museum so as to keep as much history as possible because the museum is the actual place where slaves were auctioned in The Bahamas.

The museum is not limited to the past. It showcases exhibits as early as 1648, but also contemporary issues such as human trafficking and smuggling.  One must keep in mind that history is constantly being created. 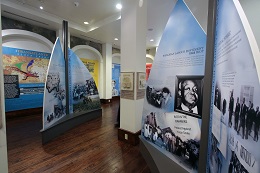 Executive Chairman of the Antiquities, Monuments and Museums Corporation, Reece Chipman talked about the importance of preserving our history by saying, “Without knowing who you are, it is hard to know where you are going.”   He made it clear that a visit to Pompey Museum is important to Bahamians because, “Who we are is right here in this museum.”