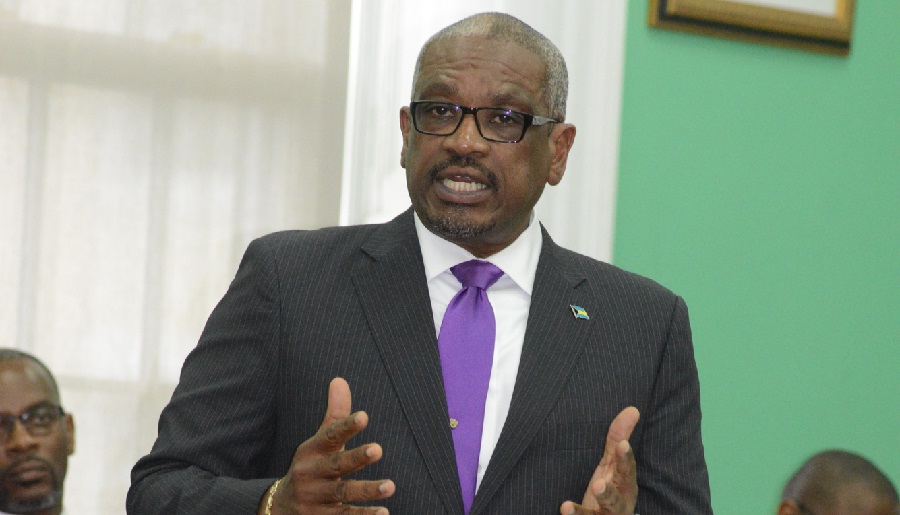 #Bahamas, November 4, 2017 – Nassau – The passage of the Constitution (Amendment) Bill, 2017, Thursday (November 2) in the House of Assembly will result in the creation of the country’s first-ever Independent Office of the Director of Public Prosecutions (DPP).   The now Constitution (Amendment) Act, 2017, will move to the Senate for debate and passage.

Prime Minister, Dr. the Hon. Hubert A. Minnis, whose Administration foreshadowed the Bill during the Speech From the Throne in May, said Thursday’s development was “long overdue.”
The Prime Minister said the legislation is part of his Administration’s programme for transforming the country’s political culture, while simultaneously reforming the culture of governance.   The legislation, Prime Minister Minnis continued, deepens democracy in The Bahamas and advances the liberty of citizens and basic justice.
Prime Minister Minnis said the creation of an Independent Office of the Director of Public Prosecutions will also help to enhance the rule of law in The Bahamas by removing the unnecessary influence of political figures.
The Prime Minister said the Government is creating a new “architecture of governance” that will lead to modernization and reform in areas such as promoting transparency ad accountability in all areas of government –from the awarding of contracts to incentives for investors; public finance; policy planning and implementation; combating official corruption and the efficient delivery of public services.
“This legislation is in keeping with international best practices and norms,” Dr. Minnis said.   “It is long overdue.   The Bahamas has been lagging in this area for far too long.  This reform enhances our democratic culture.  It deepens our democracy.  It advances the liberty of citizens and basic justice.
“This legislation is part of my Government’s programme for transforming our political culture and reforming the culture of governance.”
The Bill sought to amend the Bahamas Constitution to provide for the establishment of an Independent Office of the Director of Public Prosecutions. In particular, the Bill sought to amend Article 78 of the Constitution to provide for the creation of the Office of the Director of Public Prosecutions (DPP).
By virtue of the creation of the Office of DPP, the Bill further sought to confer all powers relating to criminal prosecutions previously vested in the Attorney General.
“The Director of Public Prosecutions shall have power in any case in which he considers it desirable so to do, to institute and undertake criminal proceedings against any person before any court in respect of any offence against the law of The Bahamas; to take over and continue any such criminal proceedings that may have been instituted by any other person or authority and to discontinue, at any stage before judgment is delivered, any such criminal proceedings instituted or undertaken by himself or any other person or authority.
“Under the former Government, there was an abuse in the grant of the nolle prosequi, including a nolle prosequi for a former client of the former Attorney General.  We saw high-profile cases related to criminal prosecutions dropped with little to no explanation.
“The legislation before us is intended to limit the abuse of power,” Prime Minister Minnis said.
By: Matt Maura (BIS)