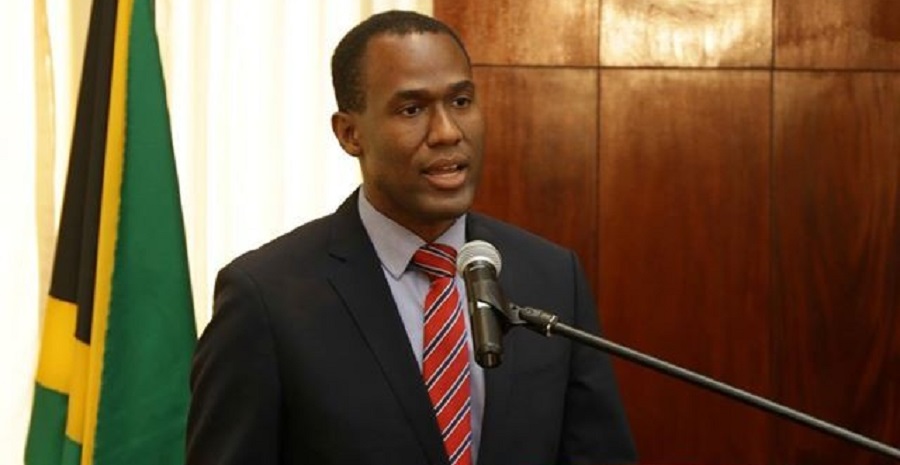 #Jamaica, November 9, 2017 – Kingston – Ambassador Plenipotentiary for Economic Affairs, Dr. Nigel Clarke, is calling for increased investment in agriculture, as there is great demand that is not being satisfied and which the nation has the ability to supply.

“If we focus more on growing our own produce, we would reduce the need to import and satisfy the demands of our markets, which also results in an increase in our gross domestic product (GDP),” he argued.

He was speaking at the Jamaica Employers’ Federation’s (JEF) third annual CEO Breakfast held on Tuesday (November 7) at The Knutsford Court Hotel in New Kingston.   Dr. Clarke said that while there may be concerns about the impacts of climate change and natural disasters, new technologies are available to protect crops.

“It’s 2017, and with the application of technology and proper infrastructure, there’s no need to be so much at the mercy of droughts and floods as we are today.   What we need to do, and what we will be certainly advocating for, is an acceleration of investments in water infrastructure, storage systems, distribution systems and irrigation, because the data suggest that wherever agriculture goes, that’s where Jamaica goes,” he noted.

Dr. Clarke said that agriculture has proven to be influential to the Jamaican market and earnings, and is a key component in the performance of the nation in each quarter.   He said the data show that “whenever agriculture does well, Jamaica does well and when agriculture suffers, as was the case in the last quarter… Jamaica suffers. So we need to have a strategic approach to agriculture and double up our efforts in that area”.

“We tend to underestimate how important agriculture is to Jamaica.   We’re very much still an agricultural society where agriculture plays a fundamental role in the daily lives of Jamaicans, and if we are to ensure that we can pick up and sustain going forward, we’re going to have to pay serious attention to agriculture,” he noted further.

Meanwhile, Dr. Clarke said the Jamaica economy is moving in the right direction.   He noted that all the International Monetary Fund (IMF) targets were met and surpassed during the last financial year, the primary surplus out-turn exceeded the target, and tax revenues outperformed the budget by three per cent, which was the best in several years.

“Approximately 70 per cent or 80 per cent of the people no longer pay income tax on their earnings, Pay As You Earn (PAYE) earnings outperformed the budget by $3 billion.   Corporate Tax, General Consumption Tax (GCT) and stamp duty, all indicators of economic activity, are up and ahead of what has been budgeted,” he pointed out.

He noted further that employment stands at record levels, with more than 1.25 million people employed.   “This is the most that has ever been employed in the independent history of Jamaica.   Unemployment is at 11.3 per cent, which is the lowest it has been in a decade and coming down from 13.5 per cent in 2013,” he said.

“When you see 50,000 jobs being added in a year in Jamaica and most of the jobs going to young people, it is absolutely encouraging that we are moving in the right direction.   We have to ensure the earnings of those 50,000 people are spending on goods and services being provided by Jamaicans,” Dr. Clarke said.