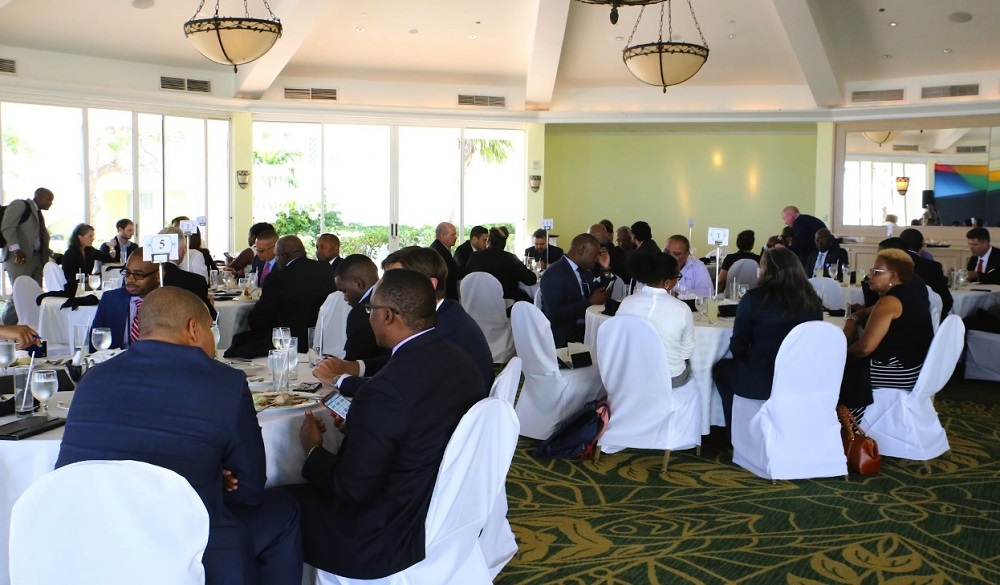 #Bahamas, November 10, 2017 – Grand Bahama – Often beleaguered Grand Bahama island may have found a groove and residents are being empowered to dance.    At least according to the nation’s chief who at the Grand Bahama Technology Summit on Thursday exclaimed, “A new day is on the horizon for Grand Bahama.   This island has endured many struggles, but today there is the promise of a new and exciting future for Grand Bahama.”

The Prime Minister’s remarks came during the official opening of the two day Summit at Grand Lucayan resort.   The first Tech Summit will lay the foundation for establishing Grand Bahama as a Tech Hub for The Bahamas.   The summit boasts an impressive list of speakers, including tech innovators and IT developers from Google, Microsoft, Hewlett Packard and others; the conclave runs November 9-10.

PM Minnis said: “We are pleased to play host to this distinguished gathering of some of the finest minds in technology.   Indeed your meetings over the next two days will be instrumental in the strategic planning process of promoting the information, communication and technology industry.”

The Prime Minister noted that the island of Grand Bahama is uniquely suited to being an internationally-recognized Science, Technology and Innovation hub in the Caribbean.   Noting the island’s proximity to the United States (68 miles off the East Coast of the United States), he pointed out that Grand Bahama is ideally located for international business.   Another attribute of Grand Bahama touted by Prime Minister, Dr. Minnis: its modern and superior infrastructure.