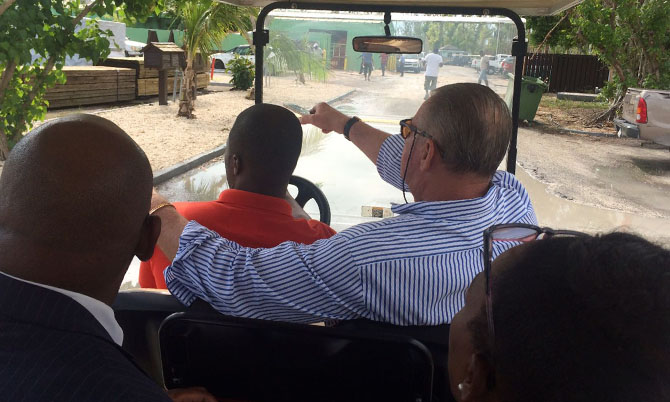 Beaches Resort is a sprawling 75 acre property boasting 770 rooms and will usher in a resumption of more of the flights which halted service in the aftermath of Hurricane Irma.

Minister Higgs said, “I am pleased to report that everything is going according to plan and the resort is on schedule to re-open on December 14, next month.  Kudos goes out to management and staff and contractors for getting the job done in an exemplary fashion.”

Beaches reportedly sent most of its staff home following the storm as it braced for a massive rebuilding effort.  The property was assessed personally by the Chairman, Gordon Stewart, who after combing the site determined a three month break was necessary to complete repairs expeditiously.

Staff, not kept on during the 90 days, we understand are being paid a significant portion of their regular salaries at the usual pay periods until the resort re-opens next month. 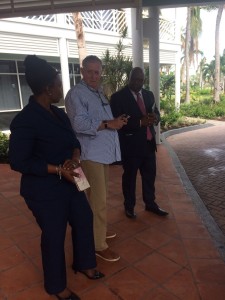 The meeting and tour at Beaches Resort Villages and Spa management was led by Beaches TCI Managing Director, Don Dagenais and included Minister Ralph Higgs and Permanent Secretary of the Ministry,  CherylAnn Jones.   The site visit was had on November 1, 2017, the same day cruise operations resumed in Grand Turk since the September 7 storm.

Grand Turk is on tap to received a boat every day this week, a true sign explained Minister Higgs that ‘the Turks and Caicos Islands are indeed open for business.”