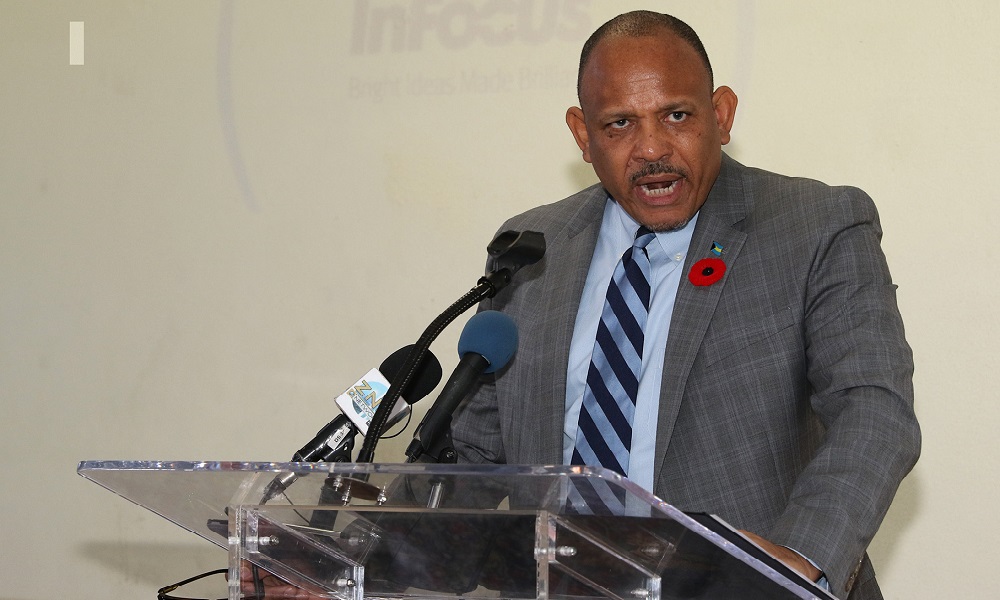 #Bahamas, November 9, 2017 – Nassau – Minister of Health Dr. the Hon. Duane Sands said on behalf of his Ministry, he is pledging its commitment to ensuring that all victims of violence, especially those victims of abuse in cases of rape and incest, have access to services such as immediate physician attention with a projected increase in medical, physiological and psychiatric personnel.

Dr. Sands explained that this pledge will also be possible with the newly opened Child and Adolescent Unit at Sandilands Rehabilitation Centre, the only one of its kind in the Caribbean and Latin America, as well as improved quality service that provides privacy and anonymity.

The Health Minister was speaking at the ‘Connecting the Dots: Child Abuse, Trauma and Violence Symposium’ at the Paul Farquharson Conference Centre, Thursday, November 9, 2017 organised by The Crisis Centre to allow stakeholders to discuss how they can work together to prevent violence.

Dr. Sands also said there are plans to renovate and redevelop Accident and Emergency at the Princess Margaret Hospital.   “We shall pay deliberate attention to updating the Agape area — from a single cubicle to an area more suited to our country’s current and projected needs.”

He added, “Having provided you with concepts on how the Ministry of Health will assist in connecting the dots, I challenge you stakeholders in education, social services and law enforcement to come together as a cohesive group to report every case and to investigate… really investigate every incident.”

Dr. Sands said this would help in curbing incidences of gender-based violence, child abuse and sexual abuse.   He noted that the information received would allow for the identification of groups and the sector of society affected and assist with the development of strategies, programmes and policies that would ultimately encourage change.

Dr. Sands said culturally in The Bahamas, violence is perpetuated as being “forceful/fearless” and in some instances celebrated as a form of discipline — “keeping your house in order.”    He said many Bahamians are of the view that domestic violence is a private matter and not a crime.   “However, this so-called ‘private-matter’ is spilling over into our schools where our children, especially the boys are acting out in the form of bullying and gang violence.

“Our primary and junior high girls are displaying uncharacteristic ‘womanly’ and violent behaviour because of years of sexual molestation, sometimes from their fathers, uncles or other relatives.”

Dr. Sands added that in the workplace, women are withdrawn and non-participatory while the men are overly aggressive and argumentative.

“We continue to under-report, accept or even encourage inappropriate language, unwanted touching and even overt sexual harassment because ‘that’s how we go’.”

“Sadly, as startling as these statistics may be, they do not represent an accurate account of instances of violence and domestic violence, as many of these incidents of violence are not reported and of those reported, the information is not shared.”

Header: Minister of Health, Dr. the Hon. Duane Sands bring remarks at the ‘Connecting the Dots: Child Abuse, Trauma and Violence Symposium’ organised by The Crisis Centre to allow stakeholders to discuss how they can work together to prevent violence.  It was conducted at the Paul Farquharson Conference Centre, Thursday, November 9, 2017.  (BIS Photo/Patrick Hanna)