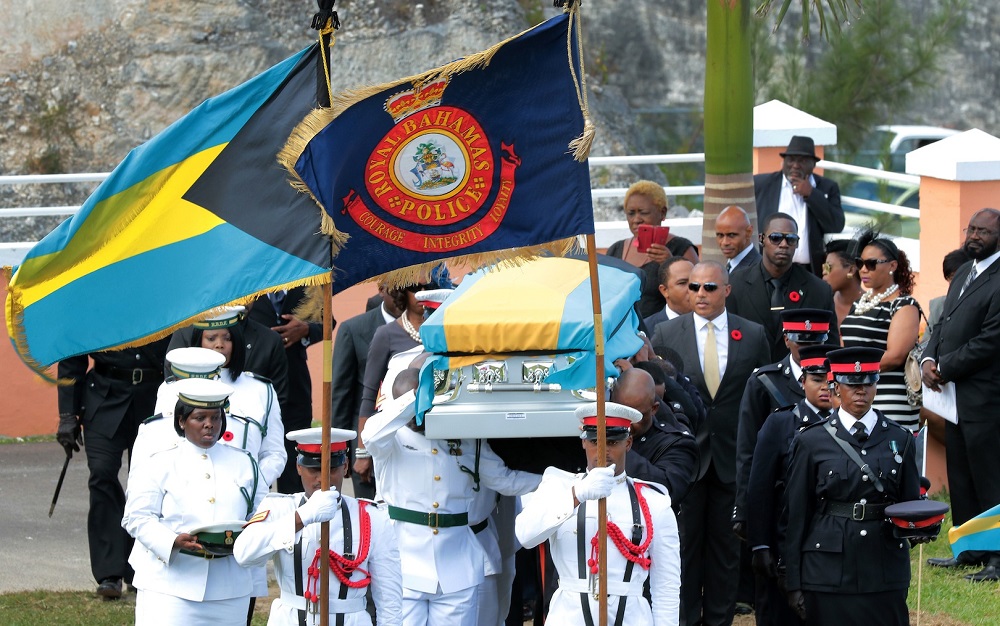 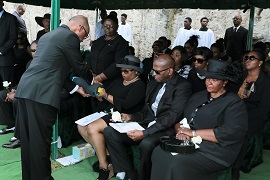 In Bahamas Information Services or BIS photographs from the solemn farewell in the front pew at the church, and at graveside receiving the Bahamian Flag are Mr. Johnson’s children, Candace Johnson and Calvin Johnson II.    Calvin Johnson is a former MP who entered the halls of parliament on the FNM;s victory at the polls in 1992.  He is a former banker and the former Minister of Immigration of the 92 Ingraham Administration.