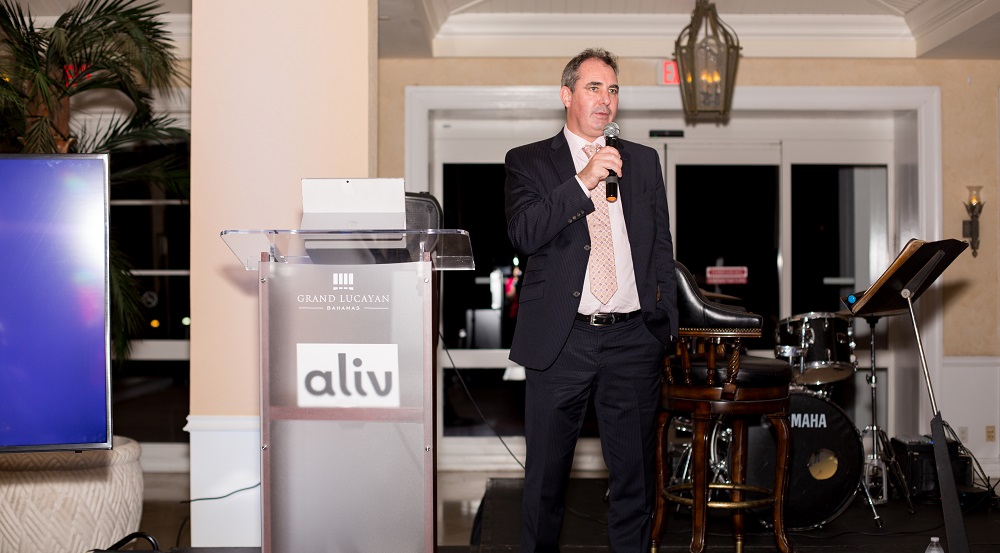 #Bahamas, November 13, 2017 – Nassau – ALIV is pleased to announce that it has launched its SMART Innovation Strategy in Grand Bahama. The announcement was made on Wednesday, November 8th, 2017 ahead of the Grand Bahama Tech Summit held at the Grand Lucayan Resort in Grand Bahama last week.

Chief ALIV Officer (CAO) Damian Blackburn said businesses on the island have been created from zero, making it the best place to have the tech conference and make such a significant announcement.

“What has been achieved in Grand Bahama over the last 60 years is an incredible thing and Bahamians should be rightly proud of what’s happened here in Freeport and widely in Grand Bahama.   Therefore, I am extremely proud to announce Aliv’s SMART Innovation Agenda which I believe will further aid in advancing a significant Public/Private Sector Partnership for advancing the Bahamas’ competitive and comparative advantage with the use of technology.   I deliberately chose this conference to announce this agenda and we hope you all embrace it and we look forward over the next year to going on the journey with you.” 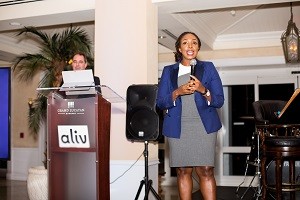 The Phase One agenda which was initiated back in April with the formation of the Business Development team headed by Ms. Brown includes SMART Health, SMART Media, SMART Home, SMART Learning, SMART Culture, SMART Giving, SMART Metering/Eco Energy, SMART Resort and Smart Money.   Each initiative pays specific technological attention to that sector by providing the most efficient and advanced automation.  The agenda is supported by all teams within Aliv and has been cemented through Aliv’s participation and sponsorship of the “Hack-It” hackathon, the historic University of Bahamas – Aliv partnership agreement and the deployment of bespoke products and services to the Bahamas’ corporate partners.

Ms. Brown stated that Aliv’s SMART agenda was central to her team’s commercial and business development focus for the business.

“In 2017, technology can serve as the underpinning of every industry and commercial venture.   It ensures that even in our small country we can remain internationally competitive.   At Aliv, It is our mission to help our customers enhance their businesses and lives with tools and solutions that help them take part in the global conversation.”

Mr. Major said the ALIV’s SMART initiative is more exciting to him than a lot of the technological initiatives and telecommunications platforms he has already been involved in.

“We’re excited that we’re in Grand Bahama, we’re excited to announce this agenda, we’re looking forward to the next two days and we’re hoping that many of you would participate.”

Earlier this month, Minister of State for Grand Bahama Kwasi Thompson remarked on the GB Tech Summit noting that the summit is going to be much bigger than anticipated and has drawn a lot of international attention and interests from companies far and wide.   Aliv invited several international technology partners to be a part of the conference and will serve on the investor panel of the inaugural Blue Marlin Technology Entrepreneurs venture competition.

The conference was held in Grand Bahama from November 9-10.