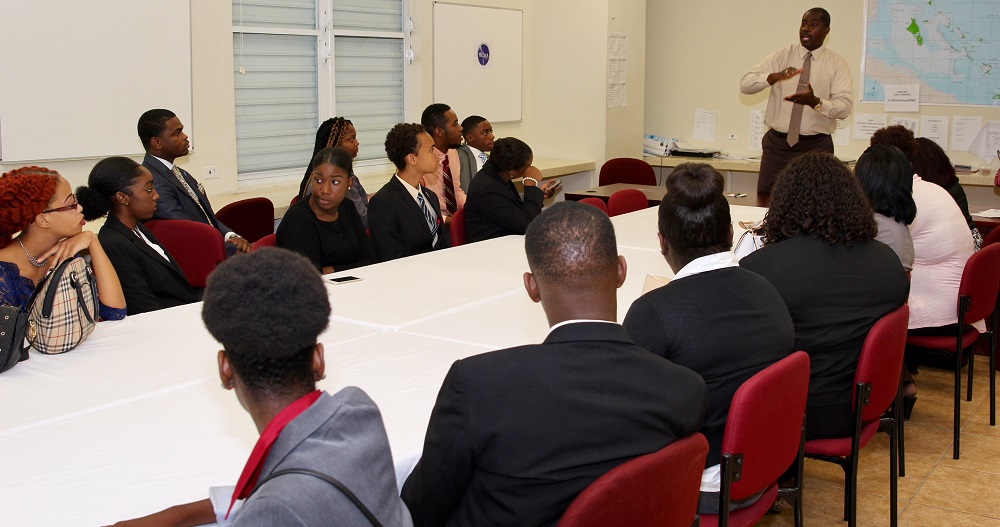 #Bahamas, October 26, 2017 – Nassau – Captain Stephen Russell, Director of the National Emergency Management Agency, NEMA, was delighted to accommodate a group of young people participating in the Ministry of Youth, Sports and Culture’s, Youth In Parliament Session during a Courtesy Call at NEMA on Wednesday, October 25, 2017. 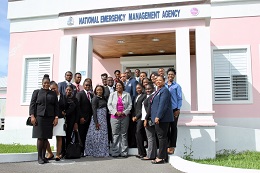 About 20 participants, who hail from New Providence and the Family Islands, ranging in ages 17-25 were given an overview of the national disaster Act and the role NEMA plays in comprehensive disaster mitigation and management.

The participants will meet in session at The House of Assembly, where they will debate topics such as: “Mandatory Evacuation in Times of Natural Disasters and Childhood Obesity/ Our Lifestyle.”

Photo caption: Captain Stephen Russell, Director of NEMA engages participants of the Youth In Parliament session on the role of NEMA, during a Courtesy Call at NEMA on Wednesday, October 25, 2017.