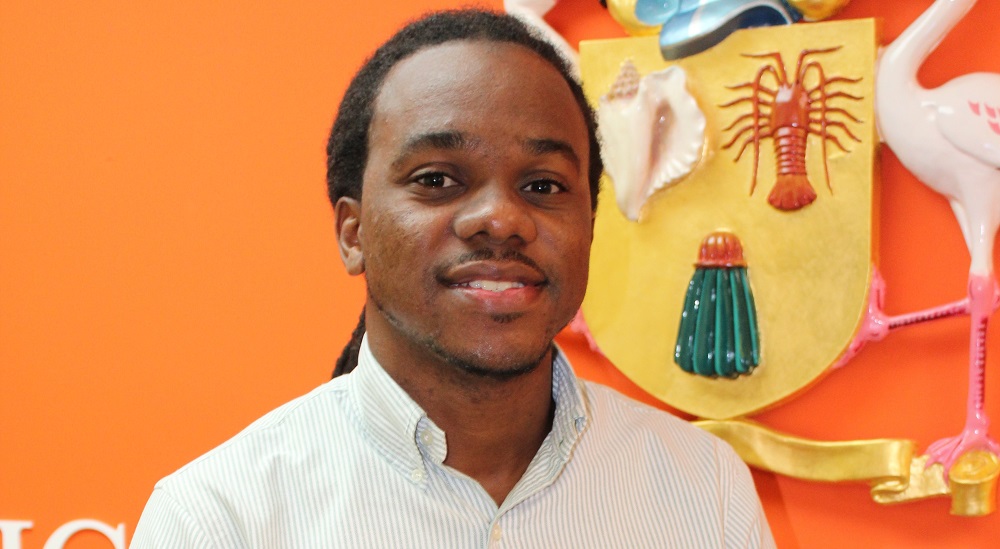 #TurksandCaicos, October 26, 2017 – Providenciales – The Turks and Caicos Government is pleased to announce the appointment of Mr. Dominique Durham as the Senior Quantity Surveyor within the Ministry of Infrastructure, Housing and Planning.

As the Senior Quantity Surveyor in the Ministry of Infrastructure, Mr. Durham will be responsible for preparing tender and contract documents, including bills of quantities and cost estimates and will undertake feasibility studies and cost analysis for repair and maintenance project works.  He will perform risk, value management and cost control management in response to commercial risks and will serve as a member of the TCIG Project Management Team.

Mr. Durham is a former student of the British West Indies Collegiate where he graduated in 2007 with 10 IGCSE’s (4 A’s and 6 B’s) and in 2009 with 3 A Levels in Mathematics, Geography and Business Studies.   He holds a Bachelor’s Degree (First Class Honors) in Quantity Surveying and Commercial Management from the University of Greenwich (2012); a Master’s Degree in Quantity Surveying from the University of South Bank (2015) and in November 2016 was elected a professional member of the Royal Institution of Chartered Surveyors (RICS).

Commenting on this appointment Deputy Governor and Head of the Public Service Her Excellency Anya Williams said; “It is with great pleasure that I take the opportunity to officially welcome Mr. Dominique Durham to the Turks and Caicos Islands Civil Service.   When this post became available having at the same time read of Mr. Durham’s successful RICS accreditation and other accomplishments, I immediately contacted him and told him that it was time for him to return home!

“He was in Malta at the time working on a multi-million dollar project that far outweighs many of the projects here in the TCI, but I am pleased that his love and devotion to country steered him in the right direction and was a factor in his decision to return to the Turks and Caicos Islands and to join the civil service.

“As the Senior Quantity Surveyor within the Ministry of Infrastructure Mr. Durham will be an invaluable member of our Project Management Team and has already proven to be so as he took up employment on September 4th, 2017, just a few days ahead of Hurricane Irma and has been heavily engaged since then in carrying out damage assessments and costing for our government estate.   We are pleased to have him as a member of our team and look forward to great results from him!”

Mr. Durham in response said; “I am pleased that the Turks and Caicos Government has acknowledged my most recent accomplishments and experience and has considered me for this appointment.   I am very confident about the role and believe that I am fully equipped with the necessary skills and expertise for the given tasks. More importantly, I feel proud to be back home as a valuable asset to the Turks and Caicos Islands.

“My appointment could not have been more perfectly timed as the past few weeks have kept me very busy and I am excited to be a part of rebuilding the Turks and Caicos Islands post Hurricanes Irma and Maria!

“With the majority of my experience gained internationally, I am furnished with a lot of innovative thoughts, procedures and best practices that will assist in revamping the industry and the way things are done here in the Turks and Caicos Islands.   My hope is to accomplish implementing the aforementioned that will hopefully contribute to a construction industry that is safe, efficient, dispute free and modernized in order to compete internationally.”