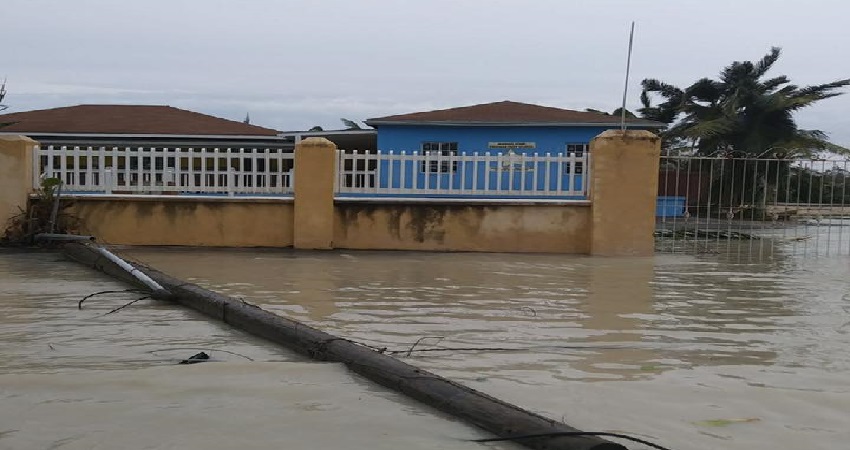 #TurksandCaicos, October 23, 2017 – Providenciales – The United Nations will bring an even bigger assessment team into the Turks and Caicos says Premier Sharlene Robinson as she at the start of the weekend reported on the various international and regional visits as Turks and Caicos continues to recover from the back to back hits of two of the season’s strongest and most historic storms – Hurricanes Irma and Maria.

“The level of assistance being offered is unprecedented and we are grateful that in this climate where many countries around the world are affected by recent disasters, our country is  being considered favorably in our early framing days of our recovery strategy.”

A DFID/FCO Recovery Team from the UK has been in and will report to the UK Ministerial group on what the TCIs needs.   Bahamas Opposition Leader, interim PLP Leader, Philip Davis was in country recently and was joined by Senator Jobeth Colby-Davis, who shares Bahamian and TCI heritage and former MP, Picewell Forbes.   However it is the team from ECLAC which will answer the most dire of questions; what was the cost of the storms to the Turks and Caicos.

Premier Robinson shared that Caribbean Representative, Diane Quarless was in country and explained that a “full delegation will travel to the TCI the first week of November to continue the critical damage and Loss Assessment Report.”    The CDEMA report exposed that just shy of 80% of the structures nationwide were damaged in Irma; the Premier agrees that assessing our economic loss and recommendations for recovery efforts are critical to the rebounding strategy.