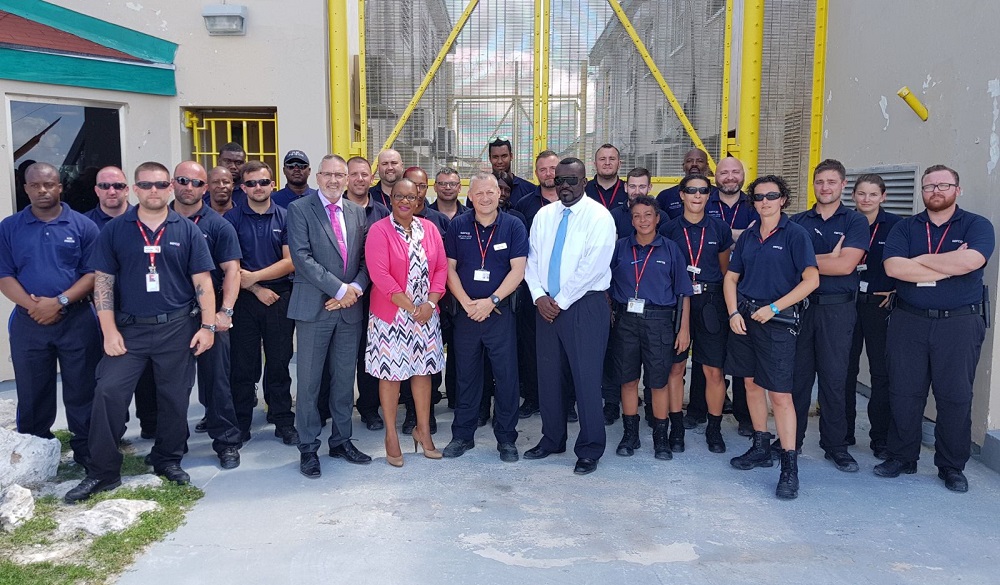 #TurksandCaicos, October 21, 2017 – Grand Turk – Following the challenges experienced following the Passage of Hurricanes Irma/Maria, the Government received an offer of assistance from the UK Prison Service for the provision of 20 Prison Officers.   This support has come at the UK’s expense and we are again delighted for the UK’s continued support in this period.

In welcoming the Officers, Premier Robinson thanked the group of men and women for their service that was already helping to make a difference and of course extended welcome to the Islands.   She continued by inviting them to serve with excellence and touted their presence as a perfect training opportunity for the resident Prison Officers.   She further remarked that the role of Prison Officers is critical to the country’s need to have individuals return to society as productive citizens hence her continued strong push for rehabilitation of offenders.   She wished them well on their sojourn and committed support their endeavors.

“We must ensure that there is a transference of knowledge and skill at the end of this period and that the Prison is better for the experience,” said Premier Robinson.

Premier Robinson and Hon Delroy Williams also took the opportunity to benefit from a Meeting with the Superintendent of the Prison and the Head of the UK Team.