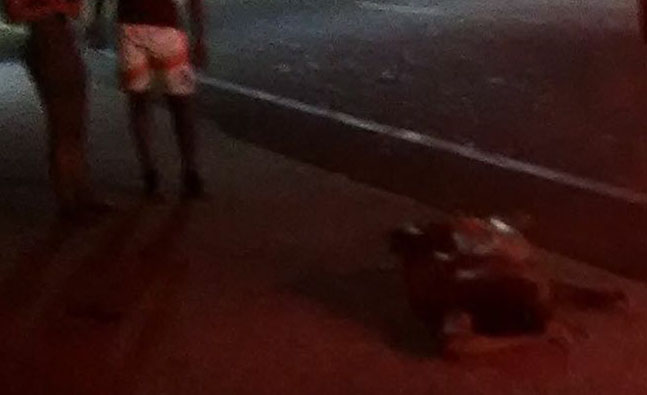 Providenciales, Turks and Caicos – October 21, 2017 – Two vehicles were involved in a pedestrian fatality in #Providenciales on Friday night; a woman in her 40s died on the scene on Leeward Highway.

It was described as a dark scene, both because of the blackness of the night and the sadness of the situation. A report to Magnetic Media is that the woman, originally from Haiti, was trying to cross the highway from the area of ScotiaBank and retail store, Kishco when she was struck by a black Nissan Murano and ran over by a second vehicle, a white Kia jeep.

The woman, who died at the scene is suspected to have been pregnant; however that information is not confirmed by authorities. Eyewitnesses say there was blood coming from the woman’s mouth, a large gash in her head and that her stomach seemed unusually large, suggesting that she may have been with child.

The area has been the site of many serious traffic mishaps, including instances where pedestrians were struck. The width of the roadway, the busyness of the intersection, the narrowness of the median and the rate of speed of most motorists in the area makes for a deadly mix. Exacerbating the situation, there is no pedestrian crossing at the dimly lit location. 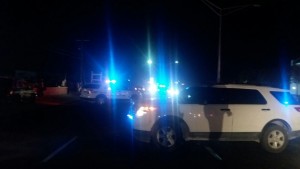 Both vehicle drivers had stopped and are assisting Police with the investigation into exactly what happened.

We await the official Police report. The accident happened around 7pm.