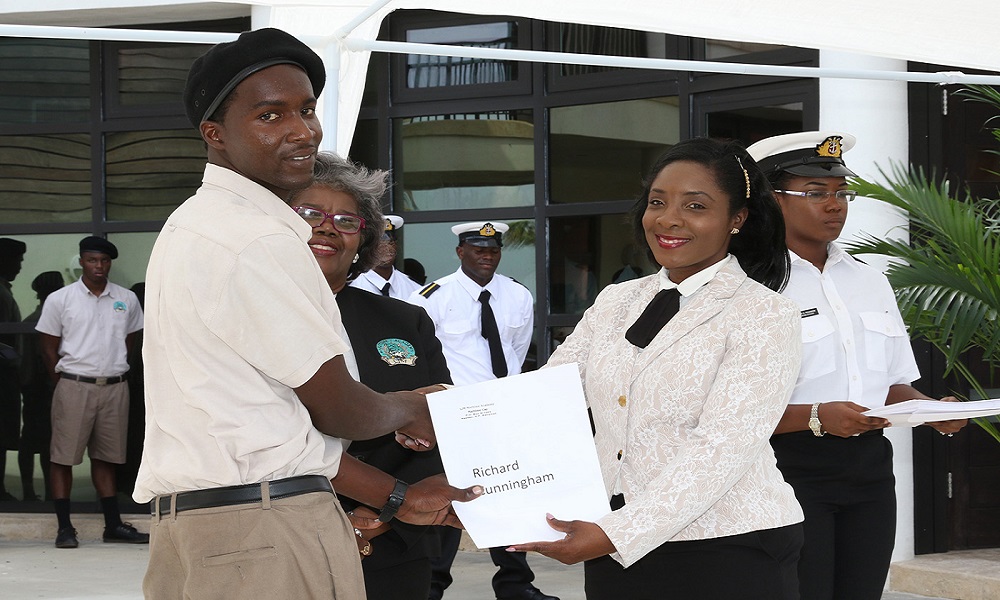 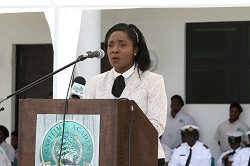 #Bahamas, October 11, 2017 – Nassau – LJM Maritime Academy graduates are testimonies of the results of Urban Renewal empowerment programs and initiatives and are off to a ‘great start’ said the Hon. Lanisha Rolle, Minister of Social Services and Urban Development. 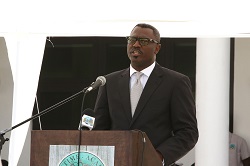 Herbert Bain, Vice-President of Security Risk Management, Health and Safety and Marine Operations was the keynote speaker.   Other special guests included Governor General Her Excellency Dame Marguerite Pindling; and Parliamentary Secretary in the Ministry of Social Services and Urban Development, Vaughn Miller.   The theme for the event was ‘Maritime Education for Global Leadership’.   The occasion marked the inaugural Rating graduation ceremony and the second Cadet Passing Out ceremony.

Minister Rolle said the Ministry of Social Services and Urban Development is “delighted” to have partnered in the venture to bring opportunities for the benefit of young people.

“The joint venture between LJM Maritime Academy, Urban Renewal and other stakeholders has given children throughout our nation, but particularly youth from the inner-city, an opportunity of a lifetime, and broadens the horizon to a world of opportunities for the growth and development of our people,” she stated. 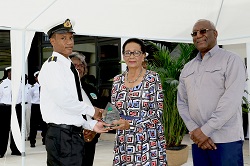 She told the graduates, government officials, family, friends and well-wishers in attendance that the Academy offers opportunities to grow and develop the maritime industry as a “key” nation-building investment component for the benefit of The Bahamas.   Minister Rolle cautioned the graduates not to be side-tracked, detoured from completing their certifications or cut their dreams short for temporary accommodations.

“You are one step closer towards your goal, graduands. You have a great start.  Keep on sailing,” she said.

Header photo: Richard Cunningham, a graduate of the Deck Program of the Rating Cohort 2017 and Honour Roll recipient accepts his certificate from the Hon. Lanisha Rolle, Minister of Social Services and Urban Development.

3rd insert: Governor General Her Excellency Dame Marguerite Pindling presents Trinity Brown of the Deck Program of Cadet Cohort 2016-2017 with a certificate.  Next to the Governor General at right is Mr. Lowell J. Mortimer, who established the maritime academy.