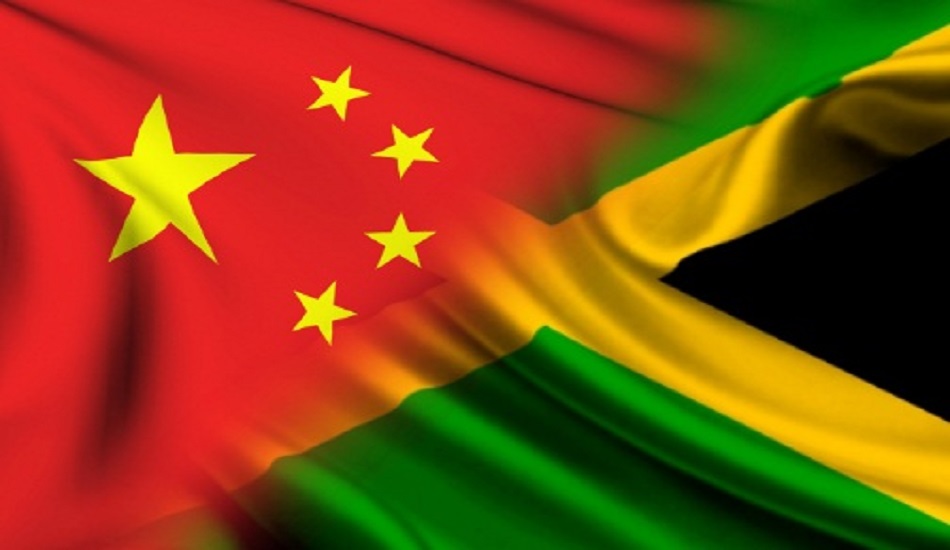 #Jamaica, October 25, 2017 – Kingston – The Governments of Jamaica and the People’s Republic of China today (October 23) signed a three-year Letter of Exchange for a Technical Cooperation Project on Sport Coaching.

In the first instance, a team of coaches from China will be working with local coaches and athletes for one month to provide technical assistance in the areas of swimming, synchronised swimming, badminton and gymnastics, as well as volleyball, football and basketball. Assignment of coaches will commence in January next year.

Additionally, during the life of the project, Jamaica will send 138 athletes, coaches and other support personnel to China for training and competitions for two months. 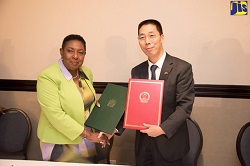 The signing ceremony for the project, which is slated to run from 2018 to 2020, was held at The Jamaica Pegasus hotel in Kingston.   It was attended by representatives from the Planning Institute of Jamaica, the Bilateral Relations Unit in the Ministry of Foreign Affairs and Foreign Trade, the Jamaica Olympic Association (JOA), the Sports Development Foundation and members of several sporting associations.

In her address, Minister of Culture, Gender, Entertainment and Sport, Hon. Olivia Grange, said the genesis of the programme is founded in the Government’s objective of improving Jamaica’s performance in those disciplines where, historically, Chinese athletes have excelled.

“This will be the first of such programmes, which we will mutually benefit from.   We reaffirm our partnership and (friendship) with the People’s Republic of China in the area of sport development,” the Minister said.

“We have enjoyed 45 years of diplomatic relations, and it has served us well. We have had very successful arrangements in sport in the past, and we are confident that this new project will bear fruit and will significantly improve our sporting skills and promote our sport industry,” she added.

Meanwhile, Ambassador of the People’s Republic of China to Jamaica, His Excellency Niu Qingbao, expressed his desire to see similar exchange programmes in the future between the countries.

“I believe people are attaching great importance to sport exchanges, because that is very critical to bridge mutual understanding and friendship between people of different languages, culture and social values.   With the signing, I am hoping that each country will be able to share their expertise in their respective areas,” he said.

Under the agreement, the Jamaican Government will ensure that all administrative requirements are in place for travel by the Chinese team.   The coaches are being provided at the cost of the Chinese Government.

That government will also provide international air tickets (round trip), training fees, accommodation and meals for the Jamaican trainees, sports officials and journalists during their time in China as well as training equipment.

The project is estimated to cost US$7 million and is being funded by the Government of the People’s Republic of China.