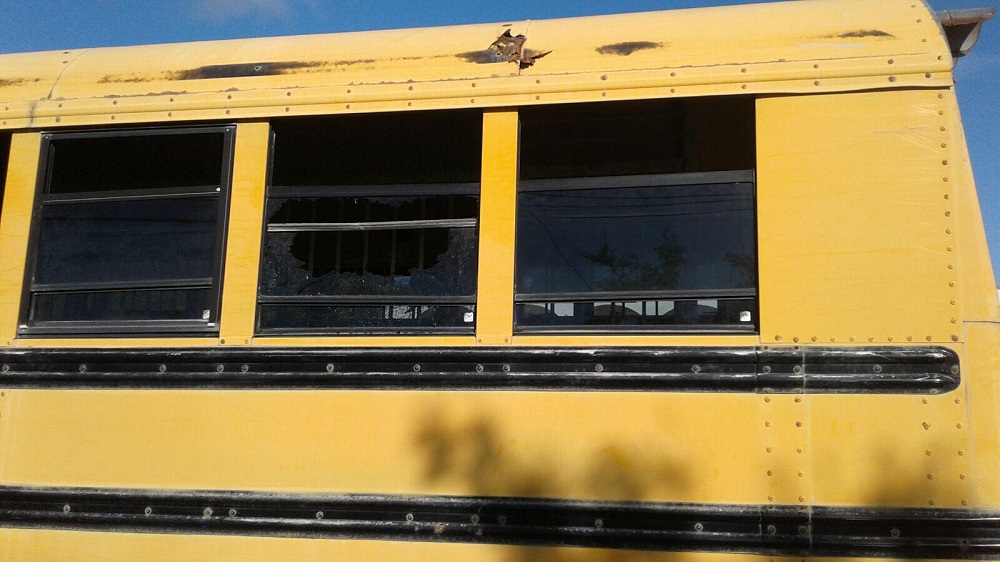 #TurksandCaicos, October 18, 2017 – Providenciales – The big yellow bus, which transports illegal migrants usually picked up in interceptions from the dock to the detention center and to the airport is damaged.   Images of a smashed window on the bus are in wide circulation and while the social media chatter blames the damage of Government property on the Haitians just arrested in a Monday interception near French Cay, the Border Control minister says that is not the case.

The bus, he told Magnetic Media was vandalized by some members of the public after it was left on the side of the road.   Deputy Premier and Border Control Minister, Sean Astwood said the bus caught a flat while transporting the detainees, it had been left in the spot overnight and the window was broken then.