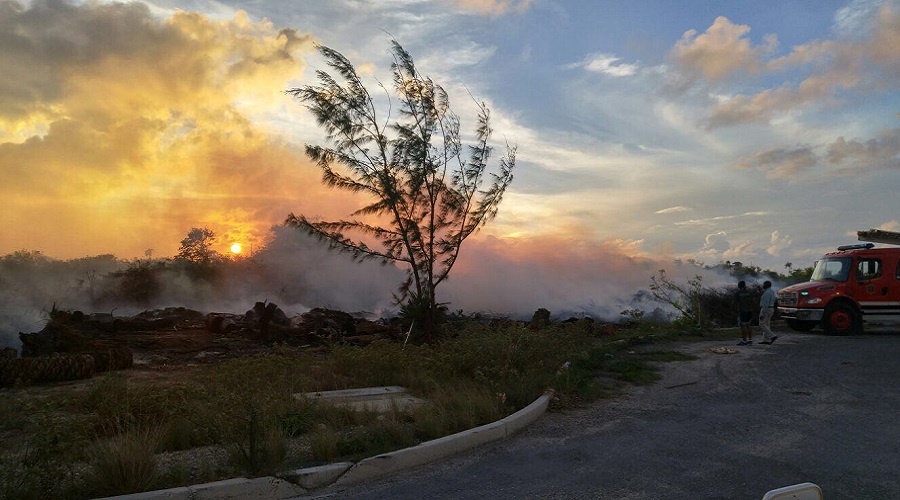 #TurksandCaicos, October 14, 2017 – Providenciales – A fire near Hartling Group Corporate Center, late today, gave the development owners a scare.   #MagneticMedia was sent video of the fire being extinguished by the TCI Fire Department.   It shows the teamwork of the Unit and Hartling Group staff as they together fought the blaze which was actually in bushes near the development company which owns award winning resorts: The Palms, the Sands and the Shore Club.

The fire broke out after 5pm in The Village; an area in Grace Bay which is also home to the rugby field.   We have learned that all is well at the Hartling Group office.   No word as yet on the cause of the fire.