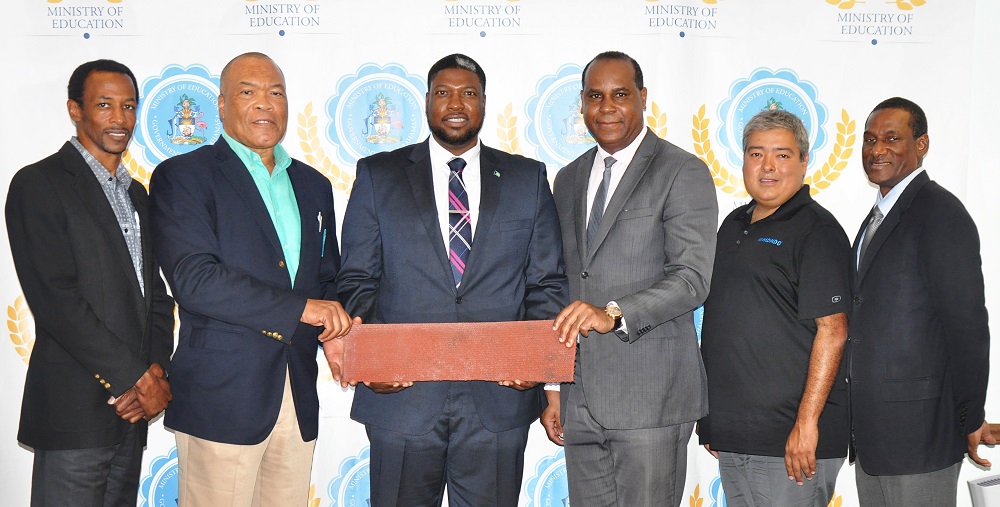 #Bahamas, October 7, 2017 – Nassau – The Pan American Sports Organization agreed to construct a state-of-the-art athletics track in North Andros.    Evon Wisdom, co-ordinator, Sports Unit in the Ministry of Education announced the plans for re-surfacing of the track of the Carl Oliver Jr. Track and Field Facility at North Andros High School during a press conference at the Ministry of Education on Thursday, October 5, 2017.

Mr. Wisdom revealed that Mondo Surfaces, represented by Michael Tovan, would re-surface the track.   Mr. Tovan estimated the job would take six months to complete and upon completion would be certified at IAAF standards; the surface would be similar to that of the National Stadium’s track.

President of the Bahamas Olympic Committee (BOC) Wellington Miller said the cost of the re-surfacing would be $200,000.   Member of Parliament for North Andros and the Berry Islands Carlton Bowleg welcomed the news.    Former Olympian and Director of Sports in the Ministry of Youth, Sports and Culture Timothy Munnings also applauded the developments.