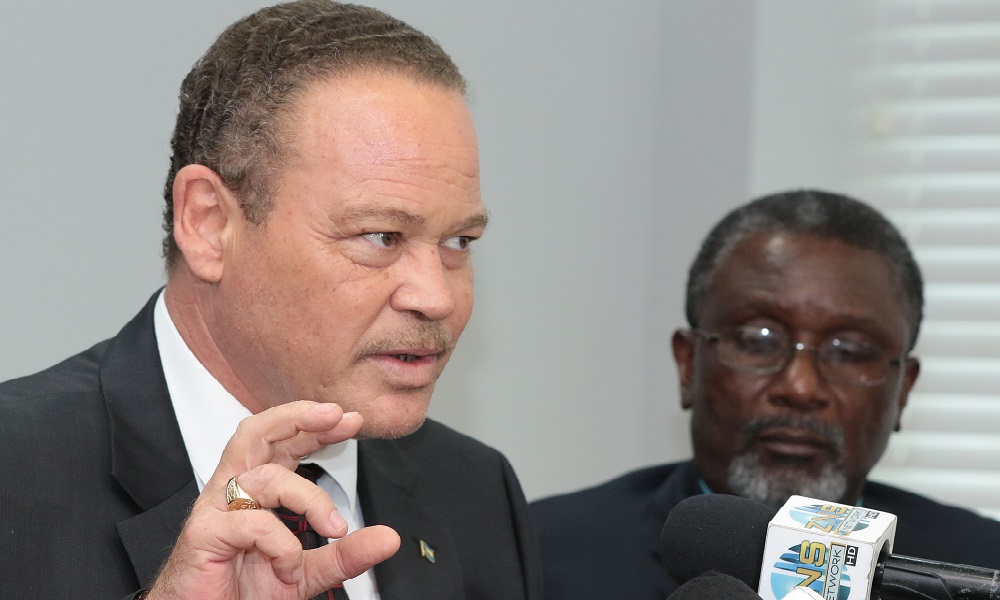 #Bahamas, October 14, 2017 – Nassau – Attorney General and Minister of Legal Affairs, Senator the Hon. Carl Bethel announced that the Government and the people of the Commonwealth of The Bahamas are pleased this year to host 52 Attorneys General and Law Ministers from various countries, during this year’s Commonwealth Law Ministers Meeting (CLMM), October 16-19, 2017 at Baha Mar.   He made the announcement at a press conference at the Office of the Attorney General and Ministry of Legal Affairs on Thursday.

In attendance at conference will be the Secretary-General of the Commonwealth of Nations the Rt. Hon. Patricia Scotland, QC.    Attorney General Bethel said: “At these meetings, we will focus on Law Reform and Technology, two very important issues to countries around the world.  Here in The Bahamas, we have been actively engaged in discussions with various stakeholders on Law Reform measures and are consistently reviewing the administration of justice in our jurisdiction with a view on how we become more relevant and effective in an ever-evolving society.

“As you are aware, we continue to have our challenges in certain areas of the process of justice, but our commitment is to ensure that we are always working to create a more effective justice system that every citizen of the country can access and have confidence in the process.”

In addition, the Attorney General explained that the purpose of the meetings is to offer a unique opportunity to interact with other legal colleagues in the Commonwealth, as well as engage in meaningful discussions on teamwork tactics in addressing run-of-the-mill conformity on issues of mutual interests.

“It provides the opportunity for bi-lateral and multi-lateral meetings with regional and global counterparts to share experiences, discuss best practices and explore the possibility of closer working relationships,” he said.

Finally, Bethel concluded with the fact that technology is driving the new methods of doing business globally and it is impacting every sector of society.

“We, as Attorneys General and Law Ministers, must not only be aware of the technological advancements, but fully understand the impact it is currently having and the potential impact it can have in the future on the administration of justice in our individual countries and by extension the entire Commonwealth.   We need to discuss how we embrace technology as part of the creation of a more efficient justice system as part of our reform measures.

“This summit also presents another opportunity for our country to demonstrate to the world that we are a first-class destination for international meetings and conferences. We have held numerous events in the past and will continue to in the future.”

Bethel reminded the press to spread the word that we are in the tourism business and “such niche markets as international conferences and meetings” create opportunities for tourism growth and expansion.

“We look forward to a very productive and successful week of meetings,” said the Attorney General.

Attorney General and Minister of Legal Affairs, Sen. the Hon. Carl Bethel announced plans for the 2017 Commonwealth Law Ministers Meeting (CLMM) to be held at Baha Mar, October 16-19, 2017.  Looking on at right during press conference Thursday at Office of the Attorney General is Permanent Secretary Marco Rolle.  (BIS Photo/Derek Smith)