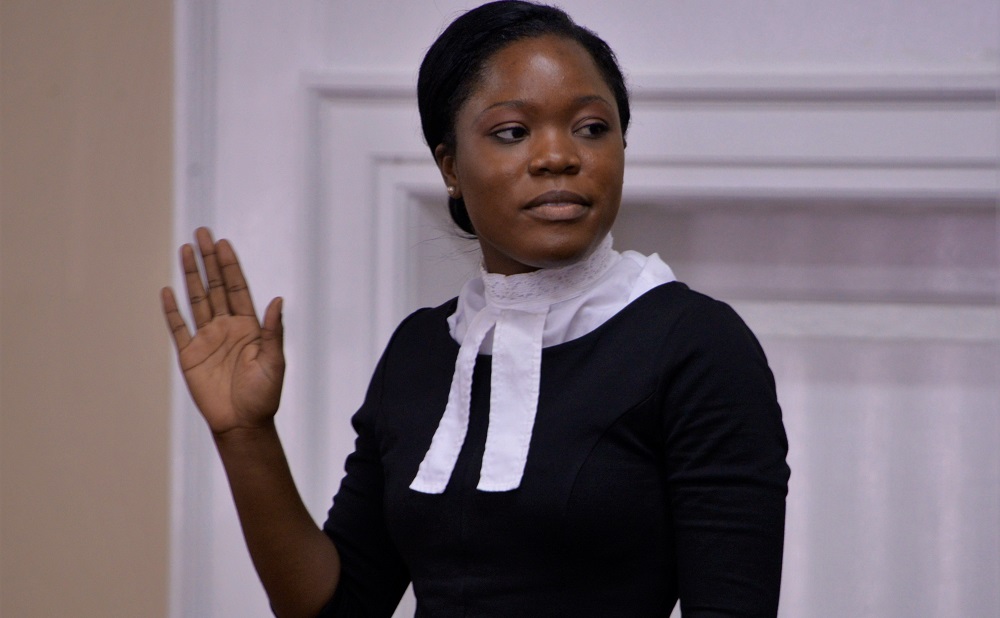 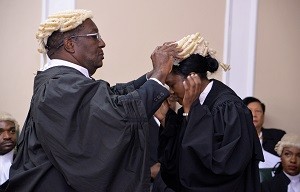 Woman Marine Tamika Davis is a member of Entry 50 Woman Entry 20, joining the RBDF January 12, 2013.   She joins a growing cadre of Officers and Marines who were called to The Bahamas Bar during their tenure in the Royal Bahamas Defence Force after attaining their law degrees, including Lieutenant Commander Floyd Moxey, Senior Lieutenant Shawn Adderley, Leading Seaman Angelo Whitfield and Able Woman Marine Akeyra Saunders.   Other Officers who were called to the Bar during their tenure, but have since retired include Commander Loren Klein and the present Minister of Foreign Affairs, Lieutenant Commander Darren Henfield.

Honorable Halston Moultrie, Speaker of the House of Assembly presented Woman Marine Tamika Davis’s petition and robed her. Davis previously served in the Prosecution Office of the Force and currently assists in the Office of the Staff Officer of Legal Affairs.

Header photo: Woman Marine Tamika Davis being called to The Bahamas Bar on October 28, 2017.   She joins several other Defence Force personnel in this profession.

insert shows: Honorable Halston Moultrie, Speaker of the House of Assembly presenting Woman Marine Tamika Davis’s petition.   She was called to the Bar on October 28, 2017.